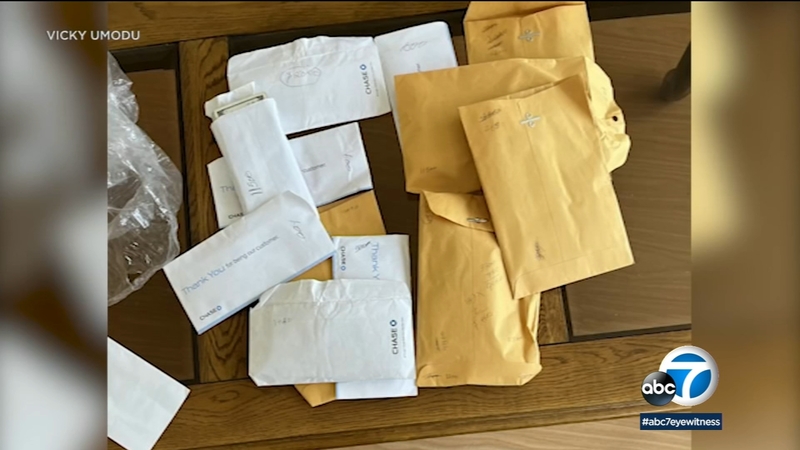 COLTON, Calif. (KABC) -- A Colton woman made a startling discovery after bringing home a set of sofas she found on Craigslist: more than $36,000 in cash hidden inside one of the cushions.

Vicky Umodu said she was never tempted to keep what she found. She said she immediately gave the money back to the family who gave her the furniture.

"God has been kind to me and my children, they're all alive and well, I have three beautiful grandchildren, so what can I ever ask from God?"

It all started when Umodo started looking through online ads for furniture for her new home.

"I scrolled down and saw free items," said Umodu. "So, I clicked on it, and the first thing I came up with was this family that wanted to give a sofa, and everything in their bedroom set...I said maybe it's a gimmick, so I called them."

It was no gimmick. The family that was giving away the furniture explained that a loved one had recently passed away, and they were liquidating everything in the property.

Umodu said the two sofas and chair they gave her work perfectly in her new home.

"I just moved in, and I don't have anything in my house. I was so excited, so we picked it up and brought it in."

But when she got home and was examining the sofas more closely, she discovered something strange: an unknown item inside one of the cushions.

"I thought it was a heat pad," said Umodu, who immediately discounted that theory because there was no electrical cord.

When she finally unzipped the cushion and looked inside, she discovered several envelopes filled with thousands of dollars in cash.

"I was just telling my son, come, come, come! I was screaming, this is money! I need to call the guy."

Umodu said when she returned the money, the family told her they had actually discovered other cash hidden throughout the rest of the house, but only a few hundred dollars. They're not sure why the deceased man may have hidden so much money inside his couch.

But as a way of saying thank you, they agreed to pay for a new refrigerator for Vicky Umodu and gave her $2,200.

"I was not expecting a dime from him, I was not."