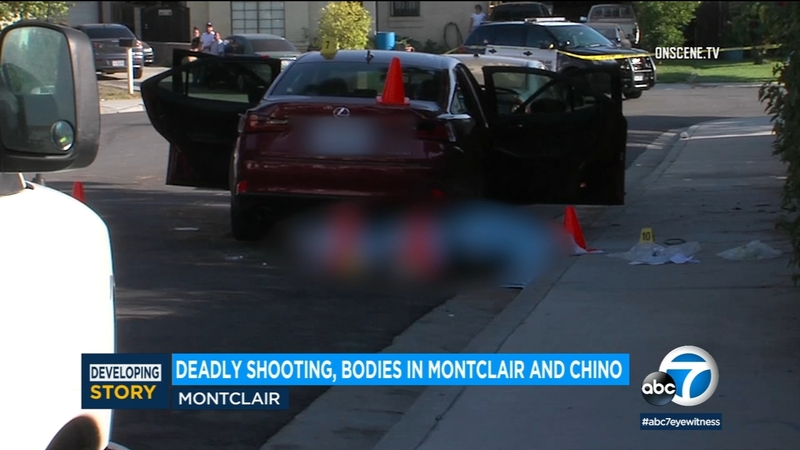 Montclair police say the incident happened just after 1 p.m. Saturday near Tudor Avenue, where a body was found.

Minutes later, officers found a second male victim nearby. The second victim, who sustained a gunshot wound to his upper torso, was sent to a hospital in stable condition.

A few minutes after the initial call in Montclair, Chino police say they received a call about another body that was dropped off in a neighborhood.

Authorities believe the person found in Chino was involved in the initial shooting.

"Officers determined the body was related to our shooting, most likely one of the suspects," Montclair police said in a statement. "After tentatively identifying the body it was learned he was possibly wanted in Tennessee for an unrelated attempted murder."