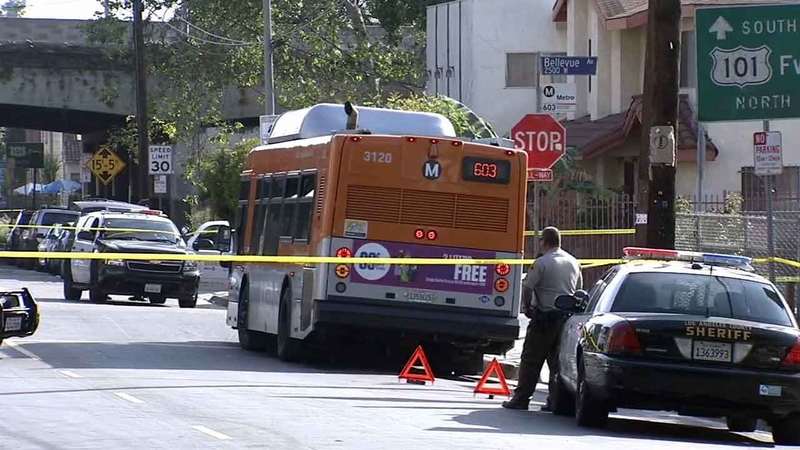 The shooting occurred at about 2:50 p.m. as bus 3120 was traveling southbound on Coronado Street, according to Lt. Lester Trull of the Los Angeles County Sheriff's Transportation Services Bureau.

The single bullet shattered the glass of the front windshield. It was unclear if the bullet grazed the driver's head or whether glass from the windshield struck him, officials said in a statement.

The bus driver suffered non-life threatening injuries and was said to be OK. Passengers on board the bus were uninjured.

"The bus operator did not know he was injured until passengers pointed out that he was indeed bleeding from the head," the sheriff's department said in a statement.

"Once deputies arrived on scene, we concentrated south of us because that seems where the trajectory would have come from, and so they were able to identify a few individuals down there," said L.A. County Sheriff's Department Sgt. Paul Valle. "With the help of some of the neighbors, we were able to positively identify the shooter."

It was not immediately clear if the gunman was aiming at the bus or if the bus was just caught in the crossfire, officials said.

One of the bullets hit a parked car on Coronado Street.