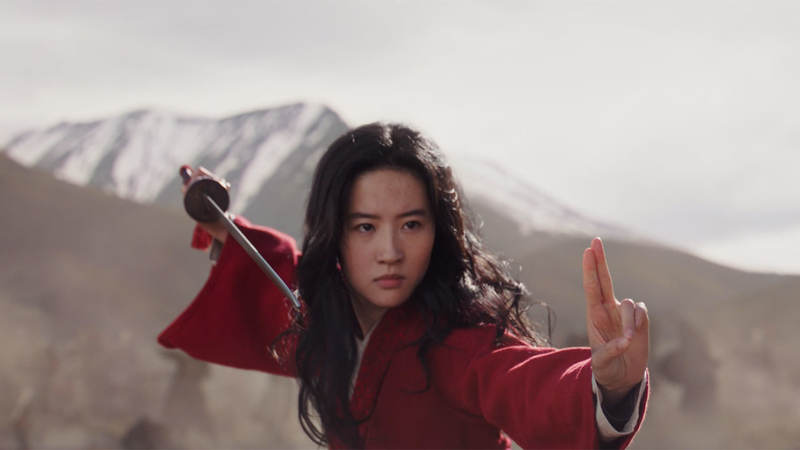 "Loyal. Brave. True." So begins the oath of the warrior in the new trailer for Disney's upcoming live-action reimagining of "Mulan."

The trailer goes on to show Mulan, told she will "die pretending to be something you're not," promising "there is a place for people like us." Watch the full trailer in the player above.

Disney's live-action version, directed by Niki Caro, will star Liu Yifei as Mulan. The actress, who is also known as Crystal Liu, is well known in China as a model, actress and singer, but less so stateside. She has appeared in films like "The Forbidden Kingdom" with Jackie Chan and "Outcast" with Nicolas Cage.

Disney says the story will be inspired by the animated film from 1998 and The Ballad of Mulan. Bill Kong, who has produced films like "House of Flying Daggers" and "Crouching Tiger, Hidden Dragon," is executive producing the film.

Watch the trailer for 'Mulan.'

Disney's live-action "Mulan" is set to hit theaters in the United States on March 27, 2020.