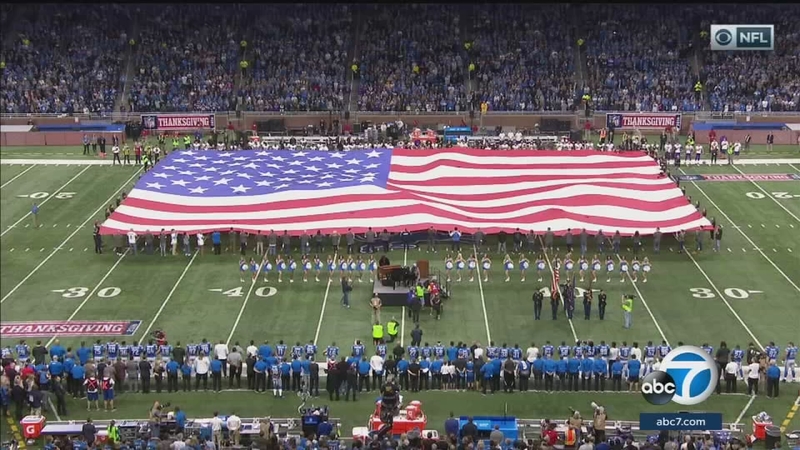 BURBANK, Calif. (KABC) -- The "Star-Spangled Banner" has been our national anthem since 1931, but the National Association for the Advancement of Colored People is looking to change that.

"I believe that any individual that hears the song, that believes in the song should take the time to understand what the song is really saying," said NAACP Regional Director Ronald Hasson.

What we know of the anthem is just the first verse in a four-stanza poem that includes the line, "No refuge could save the hireling and slave from the terror of flight, or the gloom of the grave."

It was generally accepted to be celebrating the death of freed slaves who fought with the British in the war of 1812.

Now, the NAACP said they plan to lobby legislators to remove the "Star-Spangled Banner" as our national anthem, calling it one of the most racist, pro-slavery, anti-black songs in the American lexicon.

"If we're going to talk about a song that's supposed to represent all people, let's really be serious about what we're talking about, or what is being sung," Hasson added.

Some of the residents Eyewitness News spoke with on Wednesday in Burbank said they had no idea there even was more to the song than what we hear on game days.

"In order to move forward, we got to look back, but we also got to go, 'OK, where do we want to go from here,' and I feel that the discussion is up for debate for sure, a civil debate if we can have that," said Burbank resident Nick Murphy.

The resolution will be one of two that the NAACP will begin pushing this coming January. The other is in support of Colin Kaepernick, a quarterback who began this recent debate by kneeling during the national anthem before football games.