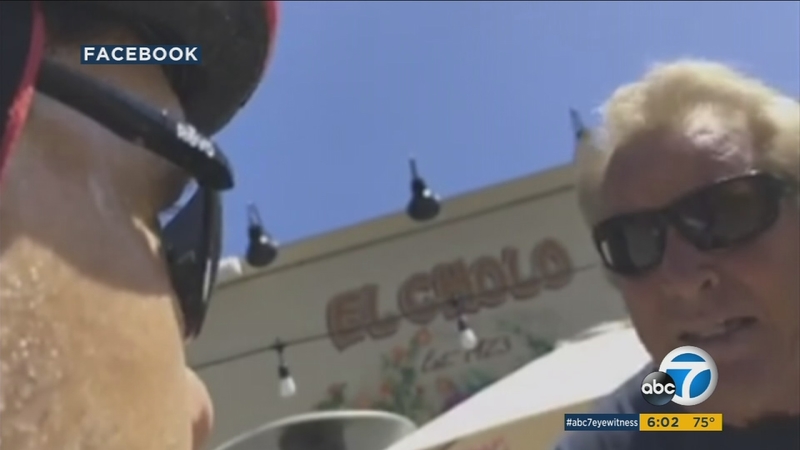 The dramatic confrontation between a driver and bicyclist seemed to have been triggered by a disagreement about a sharrow, or shared-lane marking, which is an arrow indicating a lane is to be shared by bicyclists and motorists.

The driver is heard badgering the bicyclist during the fray.

"I ought to smack you so (expletive) good. If there wasn't any witnesses you know what I'd do to you? I'd pull Trump on you," the driver said, getting in the bicyclist's face.

When the bicyclist asked what the driver's name was, the driver responded by saying, "My name is your worst enemy mother (expletive)."

The bicyclist repeatedly states to look up the law about sharrows.

"I get sharrow. I get that entire lane," the bicyclist explained. "You blocked my way."

The driver then fired a seemingly bizarre rant laced with several curse words and apparent threats.

As the driver begins to walk away, he stops, urging the bicyclist to come at him.

The video has since gone viral after being posted to Facebook.