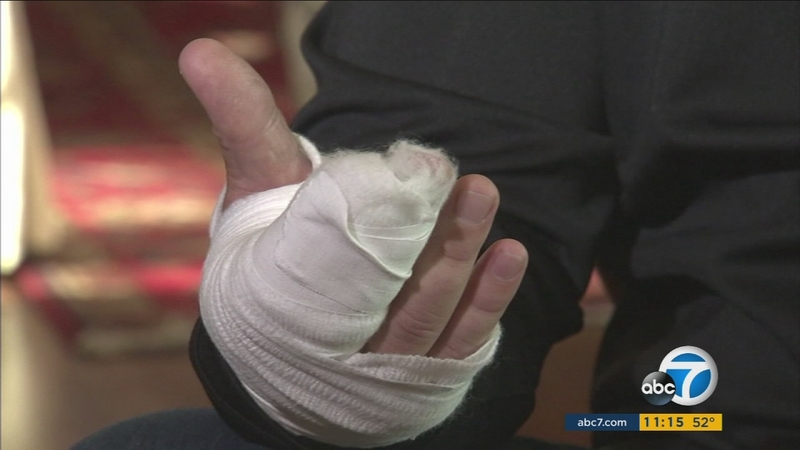 NEWPORT BEACH, Calif. (KABC) -- Reed Morrison of Newport Beach was relaxing in bed when he heard a crackling sound from his electronic cigarette. He pulled it away from his mouth just in time.

"All of a sudden, a big shower of sparks and flames shot right out of it -- about three feet long -- and that went right by my face," Morrison said. "I then tried to throw it away from me, and it melted to my hands. The two coils blew off and they shot all the way through the mattress."

Morrison is now recovering from third-degree burns to his hand. He's still experiencing some numbness but hopes it's not permanent. Still, he's counting his blessings.

"I'm still confused about the whole thing happening, why I'm not in the ER or in critical condition and it didn't just blow my whole face off," he said.

Just a few days ago, a Miami woman was sleeping when an e-cigarette she plugged in near her bed burst into flames right by her head. This month, lawsuits were filed in California on behalf of three victims, including Vince Garza, who had part of a finger amputated and his tongue mangled.

"There's going to be a lot more of these happening, and they're not going to be as lucky as I was," Morrison said.

He followed all the proper directions for using the e-cigarette and says he has no idea what caused it to explode.