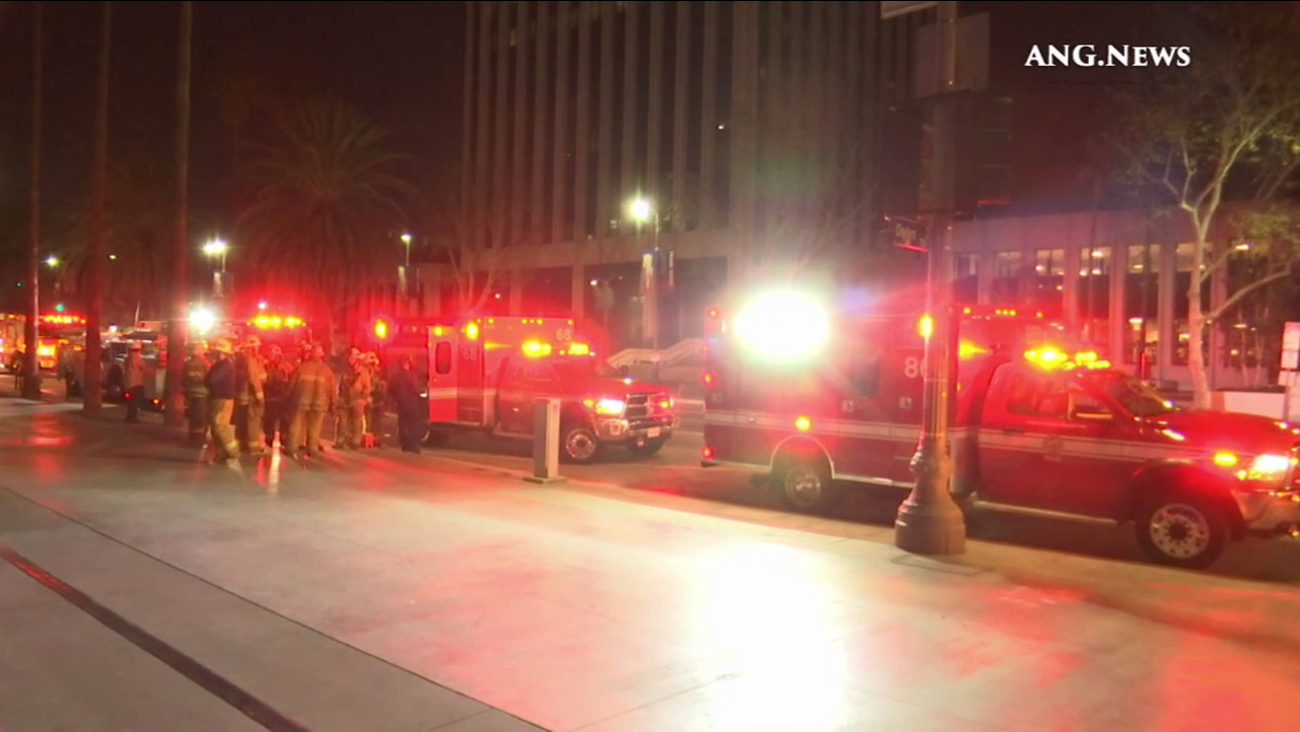 Firefighters inspect reports of an explosion at the Los Angeles County Museum of Art on Saturday, Jan. 9, 2016. (KABC)

Authorities received reports of an explosion shortly after 11 p.m. at Wilshire Boulevard near LACMA. Two LADWP workers who were doing routine work suffered non-serious injuries and were treated at the scene, according to LADWP officials.

The failure happened at a construction site, according the Los Angeles Fire Department. The power was restored by 3:30 a.m.