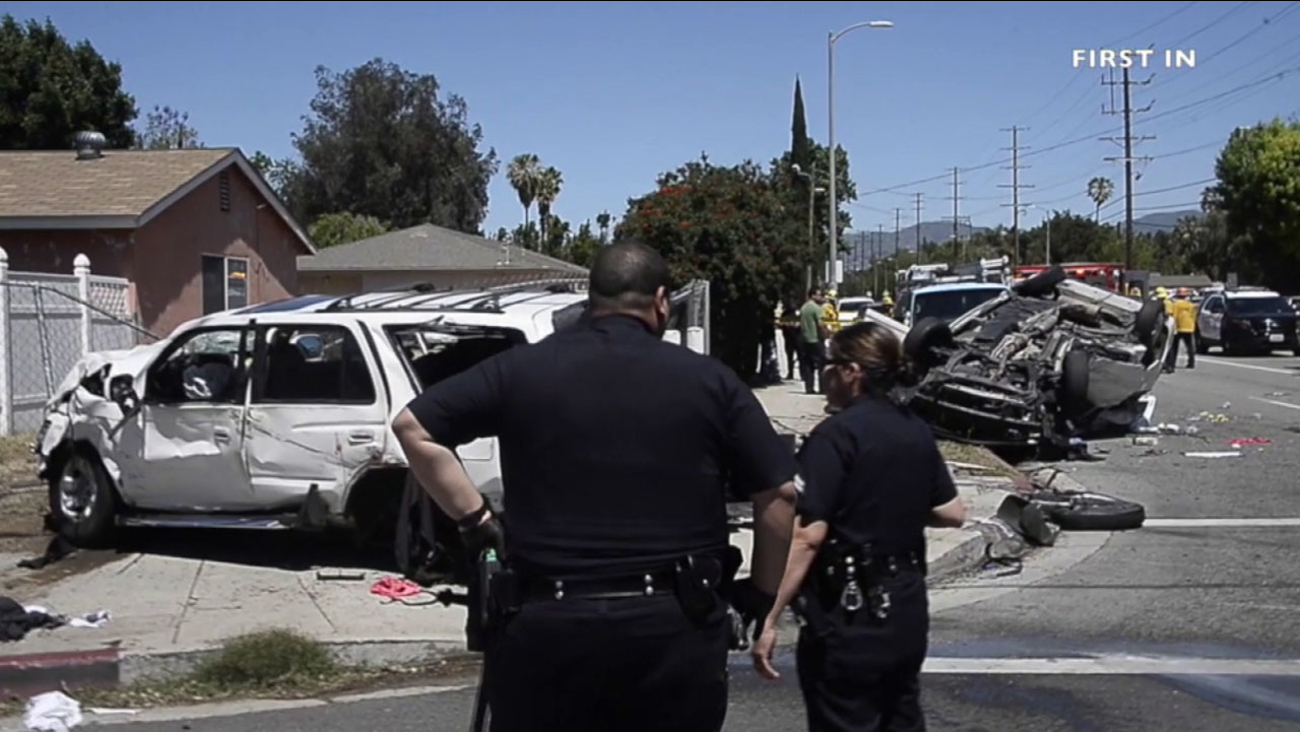 NORTH HILLS, LOS ANGELES (KABC) -- A 20-year-old woman has been arrested for murder after she allegedly fled from a previous crash, ran a red light and collided with a minivan in North Hills, killing one man and severely injuring several others, including four children whose ages range from 4 to 12.

Saidy Samayoa remains hospitalized, but her bail has been set at $1 million.

LAPD Sgt. Kurt Smith said the incident began when two vehicles were involved in an accident near Sepulveda Boulevard, at which point Samayoa attempted to flee the scene.

Samayoa then crashed her Toyota 4Runner SUV into a white Toyota Sienna minivan that had two adults and four children inside.

More than 60 city firefighters responded to the collision near Haskell Avenue and Parthenia Street around 11:40 a.m.

All six occupants were transported to a local hospital, where a 37-year-old father was pronounced dead. His name has not been released pending notification of next of kin.

Two of the children, an 8-year-old and a 10-year-old, suffered critical injuries. Samayoa and two male passengers in her SUV were also injured.

The investigation is ongoing. Anyone with information on this case was asked to contact LAPD Valley Traffic Division Detective Daniel Menesez at (818) 644-8025 or Detective William Bustos at (818) 644-8021.
Related topics:
north hillslos angelescar crashtraffic fatalitiesarrestmurderlapdcrash
Copyright © 2021 KABC-TV. All Rights Reserved.
RELATED 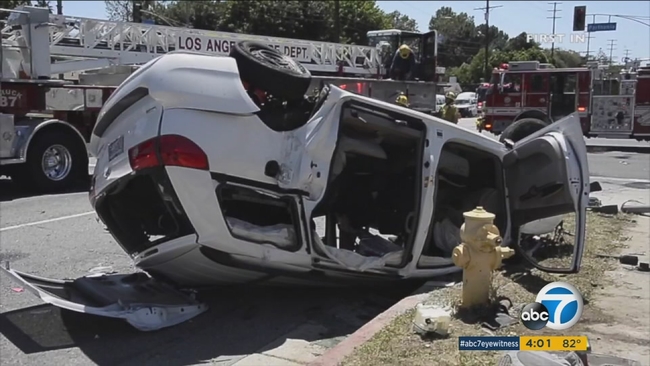