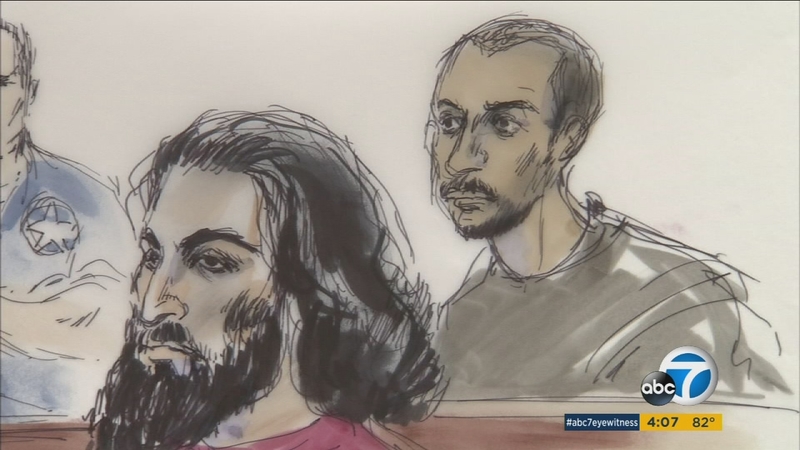 LOS ANGELES (KABC) -- Two Anaheim men have been convicted of conspiring to become fighters for ISIS.

Prosecutors say the two used social media to talk about ISIS and terrorist attacks--and expressed a desire to die as martyrs.

Prosecutors say Elhuzayel was arrested before he was about to board a plane at Los Angeles International Airport to the Middle East to join ISIS.

Badawi's attorney argued he was basically all talk and no action. Badawi stopped eating while in custody, dropping to just over 100 pounds.

Badawi's attorney says Elhuzayel told her client he was going to Tel Aviv to marry a Palestinian woman.

Jurors took just over an hour to find the two guilty of the charges.

Badawi faces up to 35 years in federal prison and then deportation back to Sudan.

Elhuzael was also convicted of 26 counts of bank fraud, using the money to buy his friend's one-way ticket. He faces up to 30 years in prison for each fraud count, in addition to the terrorism charges.