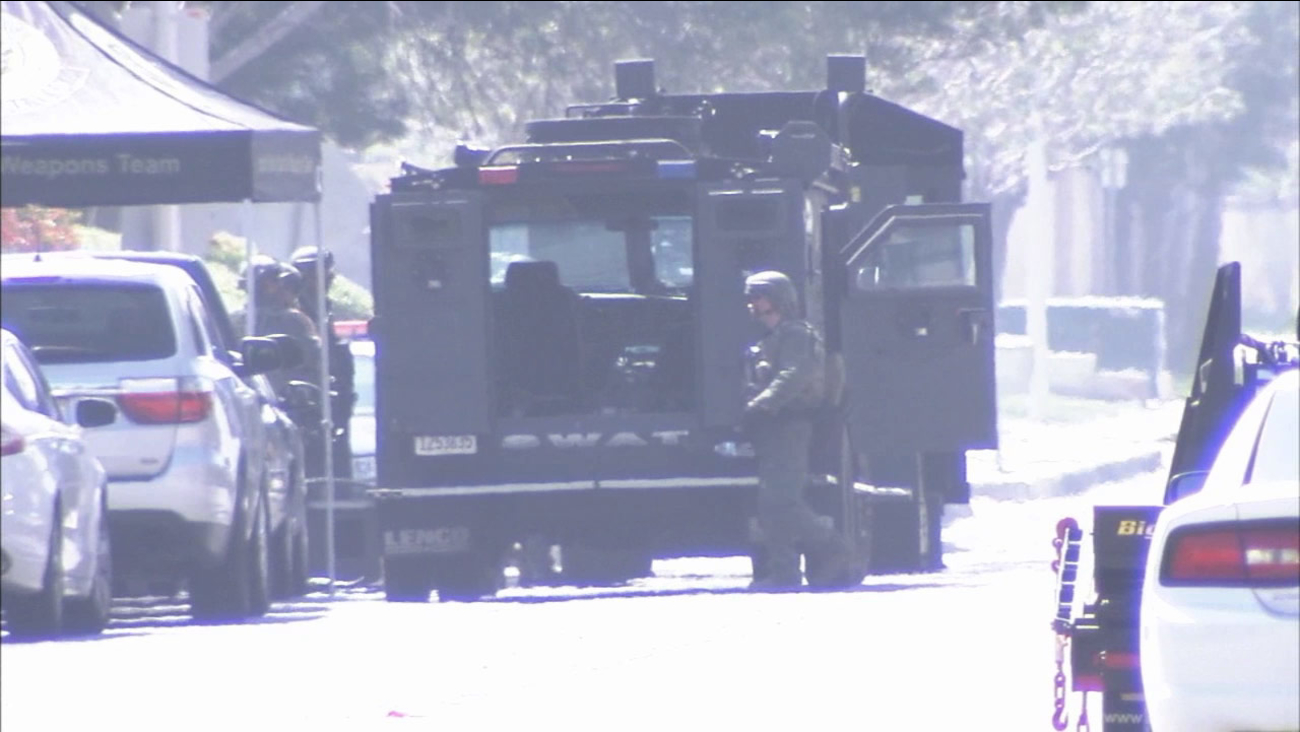 RIALTO, Calif. (KABC) -- A 65-year-old man has been taken into custody following a standoff with police at a home in Rialto on Friday.

Authorities responded to a neighbor dispute in the 2300 block of West Via Lindo Drive at about 6 a.m. Police say the suspect was heavily armed and has high-powered rifles and handguns, which are legally registered to him.

"When they got on scene, the officers noticed that the front door was wide open. As they were making their approach to the front door, they heard a single gunshot come from inside the residence," said Rialto Police Department Capt. Andrew Karol.

The suspect's wife was also inside the home, locked in an upstairs bathroom.

Police say the suspect told them he shot himself in the knee.

This was not the first time that police encountered the suspect, whose name has not been released. Officers have been to the home several times, and police say he may be acting erratically due to some medication that he is taking.

Students from Fitzgerald Elementary School were told to go to nearby Kucera Middle School.

Neighbors were evacuated as a precaution, and other residents were ordered to shelter in place.