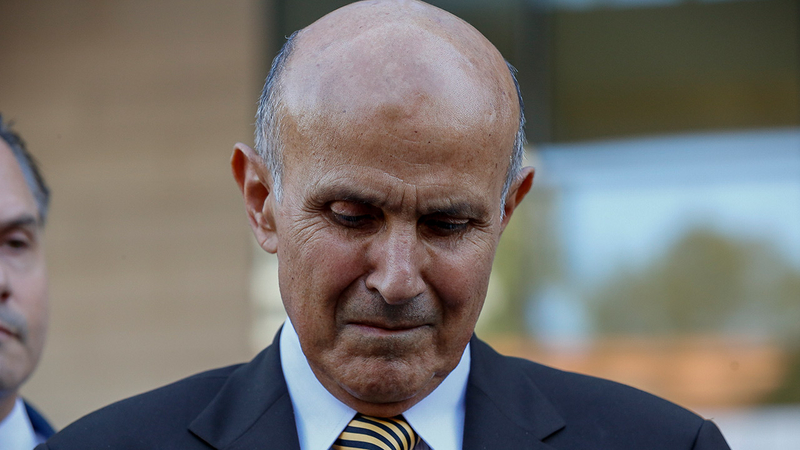 The 74-year-old was found guilty on all three charges that he faced. Baca's charges carry up to 20 years in prison. A sentencing date has not yet been set.

"This verdict sends a clear message that no one is above the law," acting U.S. Attorney Sandra Brown said. "He knew right from wrong and he made the decision. That decision was to commit a crime."

"I disagree with the particular verdict," Baca said. "You've known me for a long time. I am a faith-based person. My mentality is always optimistic and I look forward to winning on appeal."

"I love the people of Los Angeles County. I love the United States of America and I love diversity," he continued. "It's just a privilege to be alive."

Baca did not take any questions following the verdict.

Wednesday was the jury's second full day of deliberations. A jury in Baca's first trial was deadlocked 11-1 in favor of acquittal and a mistrial was declared in December.

In closing arguments Monday at the second trial, Assistant U.S. Attorney Lizabeth Rhodes said "when defendant Baca learned the FBI and a federal grand jury was investigating, he obstructed and when he learned the FBI has turned its focus on him, he lied."

According to Rhodes, the obstruction that led to convictions for many of Baca's underlings, including his top lieutenant, "started from the top and went all the way down."

Former Los Angeles County Sheriff's Deputy James Sexton, who testified against Baca at both trials, served four months in prison for his role in blocking the FBI probe.

He said the deputies were just following orders.

"Nobody wins when a verdict like this is delivered. Mr. Baca destroyed a lot beyond the public trust and law enforcement partnerships. The damage Baca caused to families and mindset of deputies just trying to do their job is immeasurable," Sexton said.

"Baca authored the LASD Core Values that demanded wisdom, common sense, integrity and courage. Today's verdict may have been averted if he had thought about those principles before issuing those orders in September of 2011," he continued.

Baca, who's in the early stages of Alzheimer's disease, was a major national law enforcement figure and a mostly popular sheriff in his 15 years at the head of the nation's largest sheriff's department.

He resigned in 2014 as the scandal plagued the jail system.

Baca appeared to have escaped the fate of more than a dozen underlings indicted by federal prosecutors until a year ago, when he pleaded guilty to a single count of making false statements to federal authorities about what role he played in efforts to thwart the FBI.

A deal with prosecutors called for a sentence no greater than six months. When a judge rejected that as too lenient, Baca withdrew his guilty plea and prosecutors hit him with two additional charges of conspiracy and obstruction of justice.