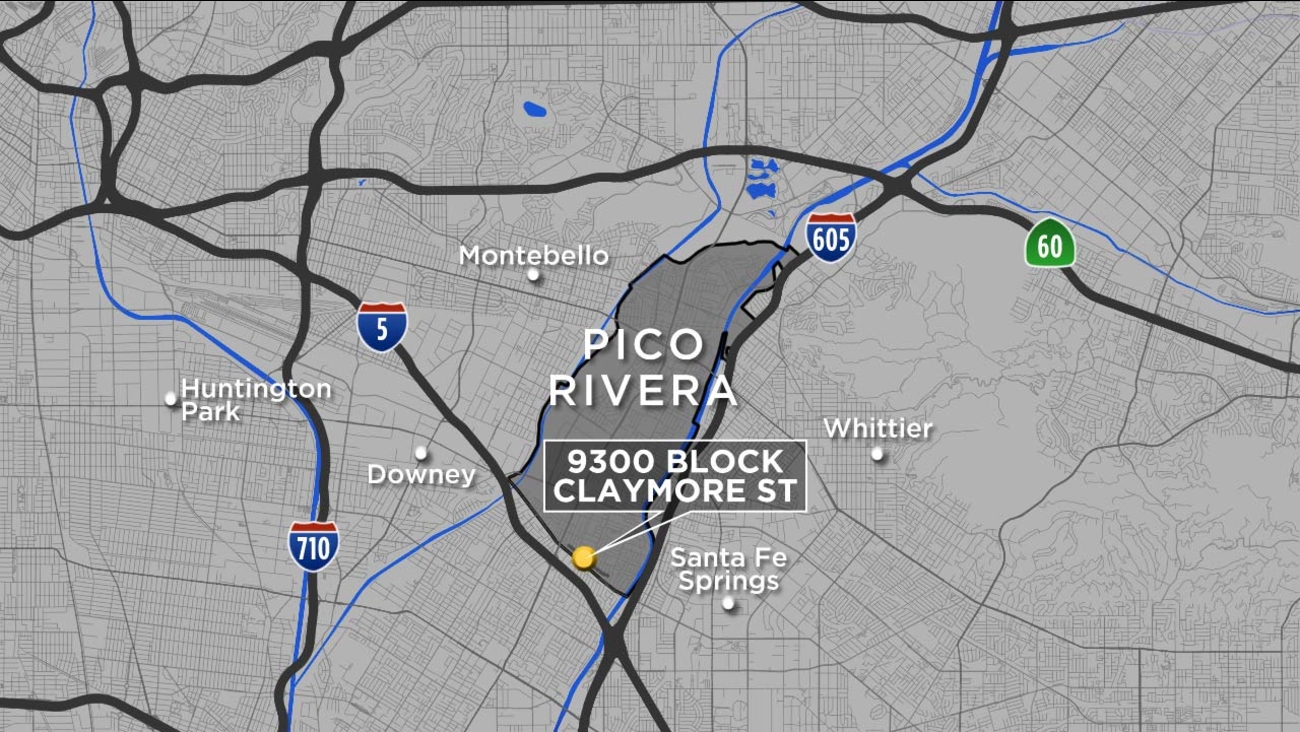 A map indicates the location of a standoff situation involving a stolen car suspect in Pico Rivera on Wednesday, Nov. 16, 2016. (KABC)

Los Angeles County sheriff's officials say a deputy tried to stop the stolen vehicle suspect, but the man took off.

The suspect apparently ditched the stolen car around 3:30 a.m. He then fled to his mother's residence in the 9300 block of Clalymore Street and barricaded himself inside the home.

A SWAT team and K-9 units were called to the scene. Upon investigation, deputies said the suspect could not be located inside the house.

The suspect is a wanted felon for possession of guns and explosives, and there is a warrant out for his arrest, according to sheriff's officials.
Related topics:
pico riveralos angeles countybarricaded manlos angeles county sheriff's departmentbarricadecar theftstolen carstandoff
Copyright © 2021 KABC-TV. All Rights Reserved.
More Videos
From CNN Newsource affiliates
TOP STORIES
California calls for pause to distributing some Moderna vaccine