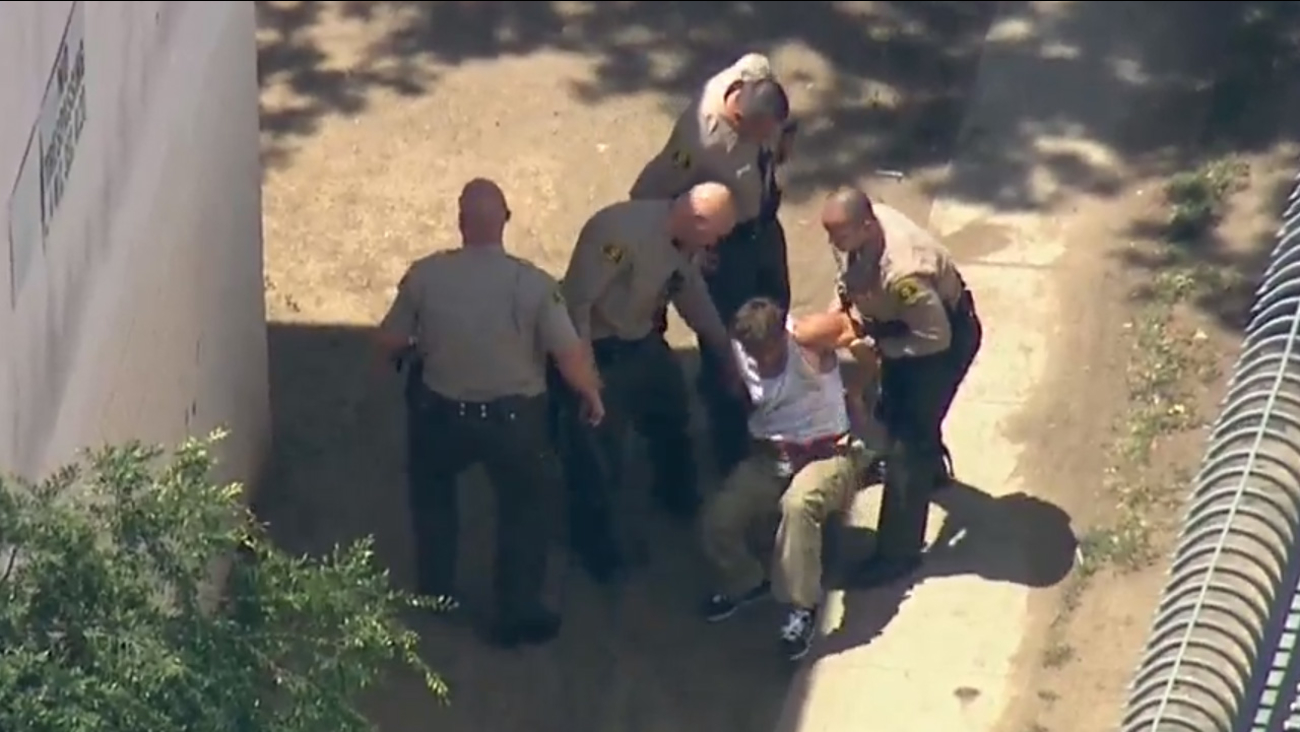 An alleged narcotics suspect was taken into custody by sheriff's deputies near 103rd and Grape streets in Watts Thursday, April 30, 2015.

WATTS, LOS ANGELES (KABC) -- Two alleged narcotics suspects led police on a high-speed chase from Seal Beach to Watts Thursday afternoon and attempted to bail on foot before being taken into custody.

The chase of the SUV began in the Seal Beach area and later reached Long Beach and Carson.

The driver drove erratically at high speeds before he turned into a dead-end near the Jordan Downs Housing Projects in Watts. The driver left the vehicle running, and both he and the male passenger jumped out of the vehicle and bailed on foot.