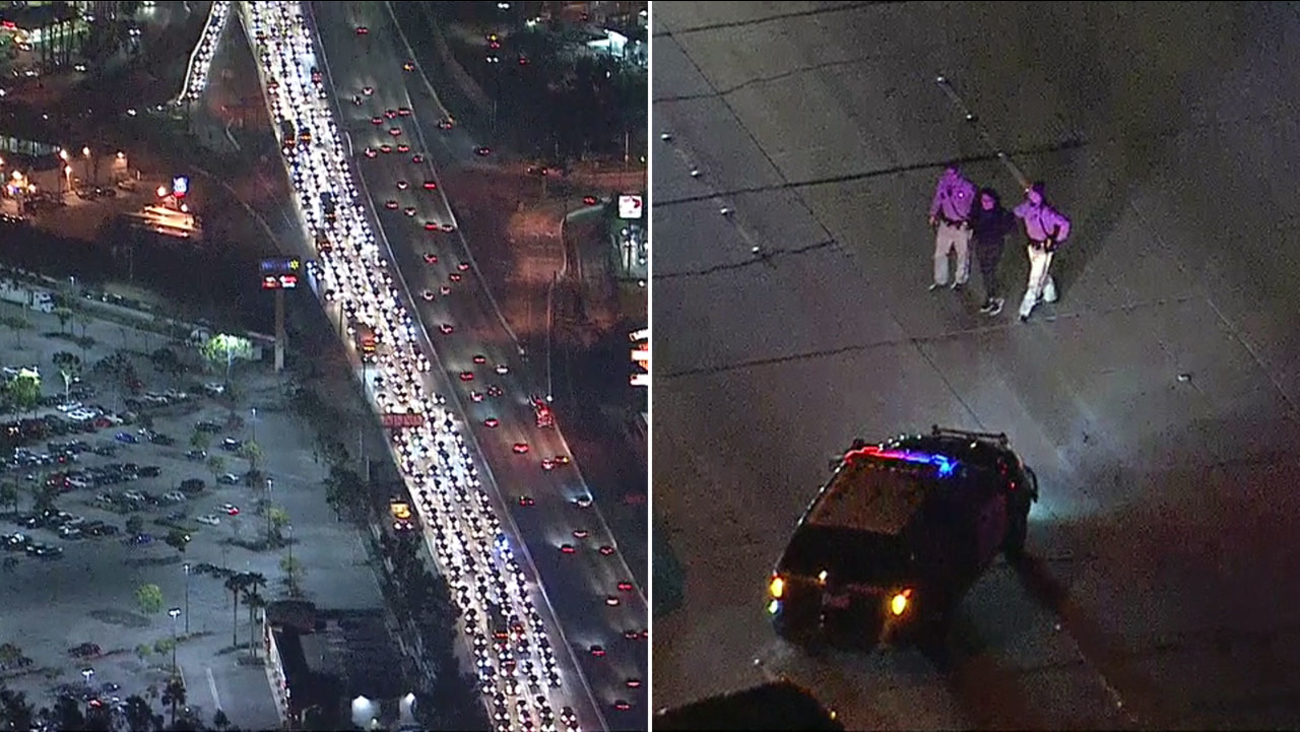 The chase began in the El Monte area and the suspect - believed to be in a stolen car - drove the wrong way on the westbound side of the freeway, officers said.
Related topics:
baldwin parkel montelos angeles countycar crashpolice chasechpwrong wayhigh speed chase
Copyright © 2021 KABC-TV. All Rights Reserved.
More Videos
From CNN Newsource affiliates
TOP STORIES