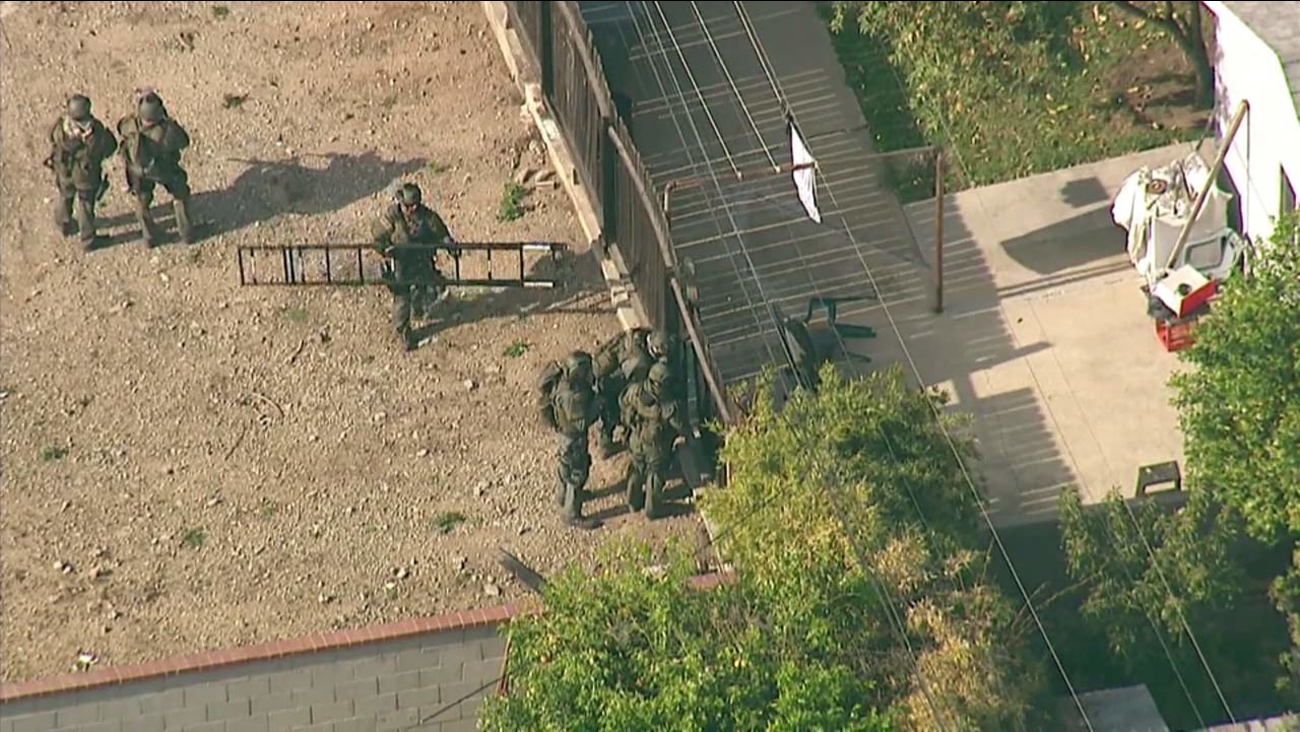 San Bernardino County SWAT team members work to get through a fence in the backyard of a barricaded murder suspect in Chino Hills on Tuesday, March 22, 2016. (KABC)

CHINO HILLS, Calif. (KABC) -- A Chino Hills man who barricaded himself inside his home after allegedly killing another man following an argument was identified Wednesday as 53-year-old Donald McCarthy.

McCarthy became involved in a dispute Tuesday afternoon with a man who owned a vacant piece of land next to his own home in the 4300 block of Val Verde Avenue in Chino Hills, investigators say. The man was doing landscape maintenance on his own property when the argument began and it ended with McCarthy shooting him, according to San Bernardino County Sheriff's Department investigators.

When deputies were called to the property at 2:34 p.m. on a report of shots fired, they say McCarthy refused to come out of his home and surrender.

Paramedics tried to save the alleged shooting victim's life, but he died at the scene. His name has not been released, pending notification of next of kin.

A barricade situation developed, in which nearby streets were closed and some residents were evacuated while others were told to shelter in place.

Detectives remained in telephone contact with McCarthy and he finally exited his home and surrendered at 6:32 p.m.

Officials say McCarthy was booked at the West Valley Detention Center for murder and is being held without bail.