He rejected the allegations that he and his two friends, Randall Hampton and Ryan Allen, drugged and gang raped his former girlfriend. She is suing him for $21 million.

The key in the dispute is whether Rose, Hampton and Allen conspired to trespass into the accuser's Los Angeles apartment to have sex with her there where she was incapacitated.

On the stand, Rose testified that in her text messages that day she was "talking about nothing but sex morning to night." He also said that she was never a girlfriend.

"Our relationship was sexual and it was not exclusive," he said.

In the hours before the incident, he said they had all been partying at his house and that he went to his room to get away from her. It's there, he said, that she "tried to grab me and tried to kiss me" and that one of his friends had to remove her.

He said that later he saw her having sex with Hampton in the backyard. Rose also testified that the plaintiff returned to her apartment that night, texted him to come over and that "she came down in her PJs to let us in."

The plaintiff's lawyer asked Rose if the woman gave consent to have sex with all three men. Rose responded that she "unlocked the door and let us come up. I didn't see her drunk."
Related topics:
los angelesdowntown lalos angeles countyrapetrialchicago bullsnbalawsuitnew york knicks
Copyright © 2021 KABC-TV. All Rights Reserved.
RELATED 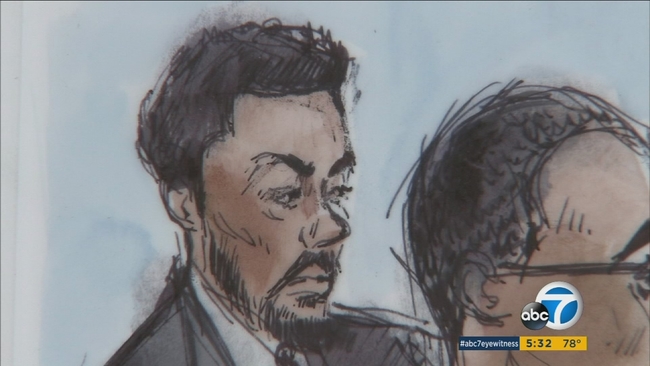