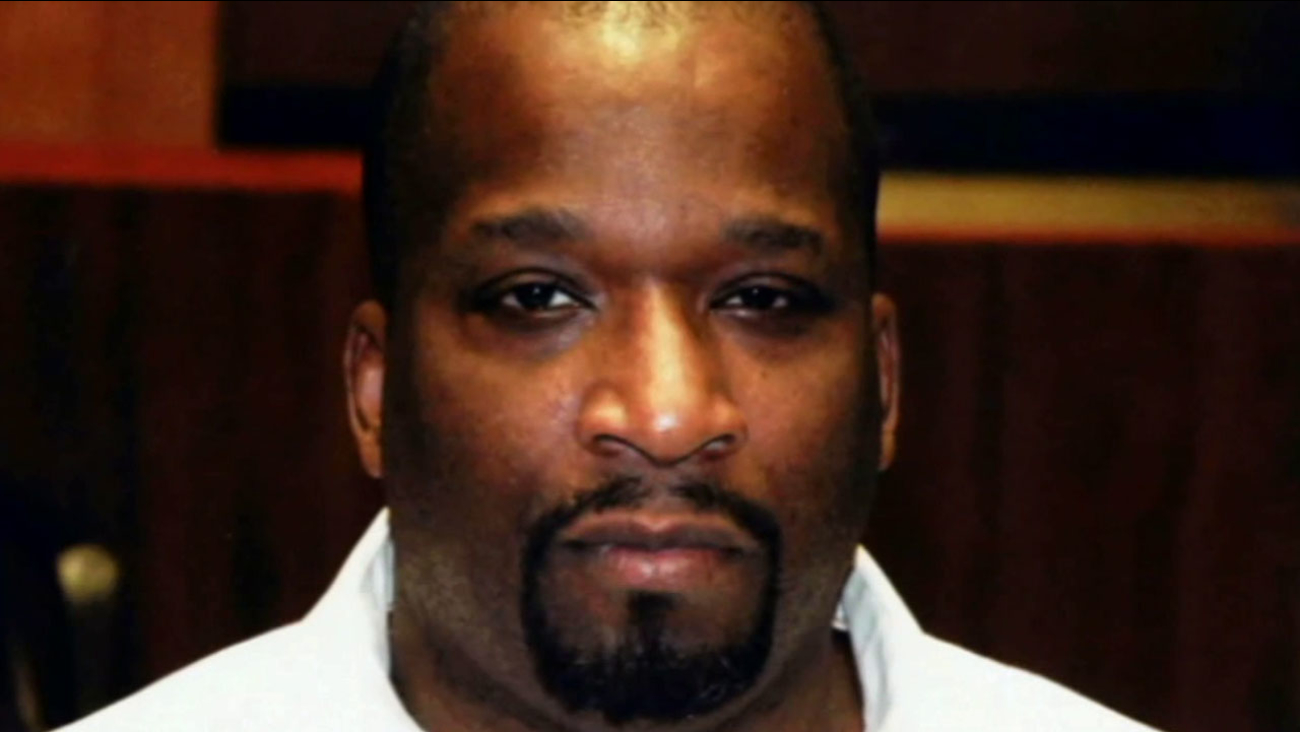 LOS ANGELES (KABC) -- The inmate at the center of a scandal that led to the conviction of seven Los Angeles County sheriff's deputies has filed a federal lawsuit against Los Angeles County, former Sheriff Leroy D. Baca, former Undersheriff Paul Tanaka, former captain Tom Carey and all seven of the deputies convicted last year on obstruction of justice charges.

Anthony Brown's claims in the new lawsuit echo what he told Eyewitness News in an exclusive jailhouse interview in May 2014.

Brown was feeding information to the FBI about corruption and inmate abuse inside the Men's Central Jail, which is run by the Los Angeles County Sheriff's Department.

"Those cops in L.A. were crooked. (There were) a whole bunch of things going on -- the drug-selling, beating up the inmates, setting up the fights," Brown told Eyewitness News.

His cover was blown in August 2011 when a deputy found a cellphone that had been smuggled to Brown during an FBI sting designed to catch Deputy Gilbert Michel taking a bribe.

Brown was moved around the jail system, his name was changed multiple times and computer records were falsified to make it appear that Brown had been released from LASD custody.

"I was kidnapped, my name was changed," said Brown. "They put me in cars late at night and took me places. I think I had more than a dozen guards on me 24/7."

"As soon as defendants became aware of plaintiff's cooperation with the FBI's investigation, they conspired to retaliate against plaintiff for his participation as an informant and obstruct that investigation intentionally... hiding and/or kidnapping plaintiff in the jail system under fictitious identities, covertly moving him about and throughout LASD's jail system, and unreasonably kept him in isolation without cause," the lawsuit states.

Brown says he was in "dire fear for his life that defendants would carry out a threat on his life or order/allow other jail inmates/gangs to kill plaintiff because defendants told him, 'No witness, no conviction.'"

Greg Thompson, Steve Leavins, Scott Craig, Maricela Long, Mickey Manzo, Gerard Smith and James Sexton were all convicted last year on charges of obstruction of justice in connection with the operation. They were sentenced to prison terms ranging from 18 to 41 months.

Defense attorneys for the sheriff's deputies argued that their clients were following orders from the highest levels of the Los Angeles County Sheriff's Department, including then-Sheriff Baca and then-Undersheriff Tanaka. They also argued the sheriff's department had the right to conduct their own investigation and that Brown was "hidden" for his own safety.

The seven sheriff's deputies are appealing the convictions and remain free on bond.

Brown testified before a federal grand jury in December 2012 but was never called to the witness stand in the trials of the sheriff's deputies.

Baca was never called to the witness stand.

Tanaka and Carey both testified for the defense. Both men acknowledged they were aware they were considered "subjects" of the ongoing federal investigation into obstruction of justice.

Eyewitness News has confirmed Carey is retiring this week after 35 years with the department.

The investigation appears to still be ongoing. A new grand jury was convened in late 2014 and at least three of the convicted sheriff's deputies, Thompson, Smith and Manzo, have testified before the grand jury.