KABC
By Jade Hernandez
GARDEN GROVE, Calif. (KABC) -- The grandmother of a teen with autism accused of killing his mother spoke publicly Monday, saying she will stand by her grandson.

Eleanor Waton's 13-year-old grandson is accused of stabbing her daughter to death last week in Garden Grove. But she said she will still support the teen just as her daughter did.

In a month, 48-year-old Barbara Scheuer-Souzer would have celebrated her graduation from UCLA with a degree to help other students with autism. Instead, the family is now planning her funeral.

"I don't want people standing in judgement of him or her. This is a horror no family should ever have to go through - ever," Watson said.

Scheuer-Souzer's fiance, Andy Ingram, is an Anaheim firefighter. The president of his firefighter's association knows the family will soon be facing funeral costs so he set up a GoFundMe page that can be found by clicking here.

"She gave everything for (her son) and did everything for him her whole life, and she would never want to stop that. So to honor her, then we need to do whatever we can to support that," Ingram said.

The identity of the teen suspected of stabbing his mother has not been released. He is being held in juvenile hall.

Scheuer-Souzer had three other grown children and three grandchildren. She had been engaged to Ingram for four months.
Related topics:
garden groveorange countychildrenwoman killedteenagerstabbing
Copyright © 2020 KABC-TV. All Rights Reserved.
RELATED 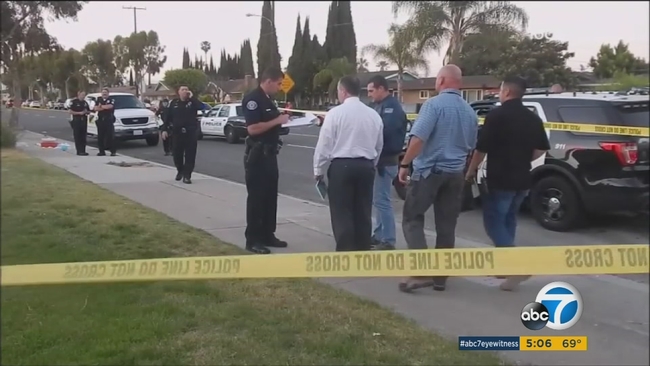