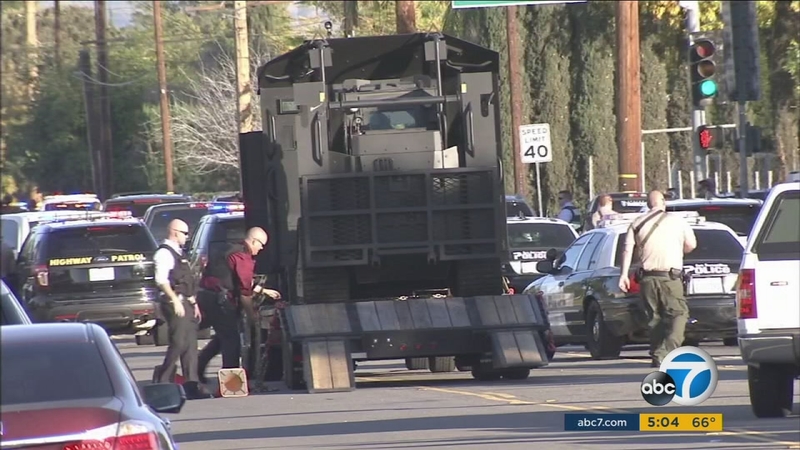 SAN BERNARDINO, Calif. (KABC) -- First responders in San Bernardino were praised for their quick response to the deadly terror attack at the Inland Regional Center. However, they said they want to do even better.

An hours long meeting was held Friday as state legislators looked for insight on the response to the Dec. 2 attack.

"We were all unified to make sure all of the resources we needed were gathered and that the men and women who were actually out on the street doing their job had all the resources they could possibly use," McMahon stated.

He also stressed, although there are concerns about the militarization of local law enforcement, the equipment available through a military surplus equipment program was crucial that day.

"I know on TV you saw a lot of armored vehicles respond to this event. I don't believe that's the militarization of police at all. I believe that is the equipment that we need to keep the men and women of our agency safe," McMahon said.

The discussion at the hearing also addressed cell phone technology. In particular, the concern with criminals being able to track law enforcement through their radios traffic.

"It is not uncommon for the criminal element to have applications on their phone in which they're able to broadcast the frequency that local police departments and sheriff's departments are communicating to one another on," Lt. Mike Madden with the San Bernardino Police Department said.

Madden was one the first officers at the scene and he asked state legislators for support in obtaining encrypted radio frequency technology.

Medical experts praised the line of communication between hospitals, EMS and fire personnel. They also highlighted a financial need for training and protective gear for medics who could be in the line of fire.