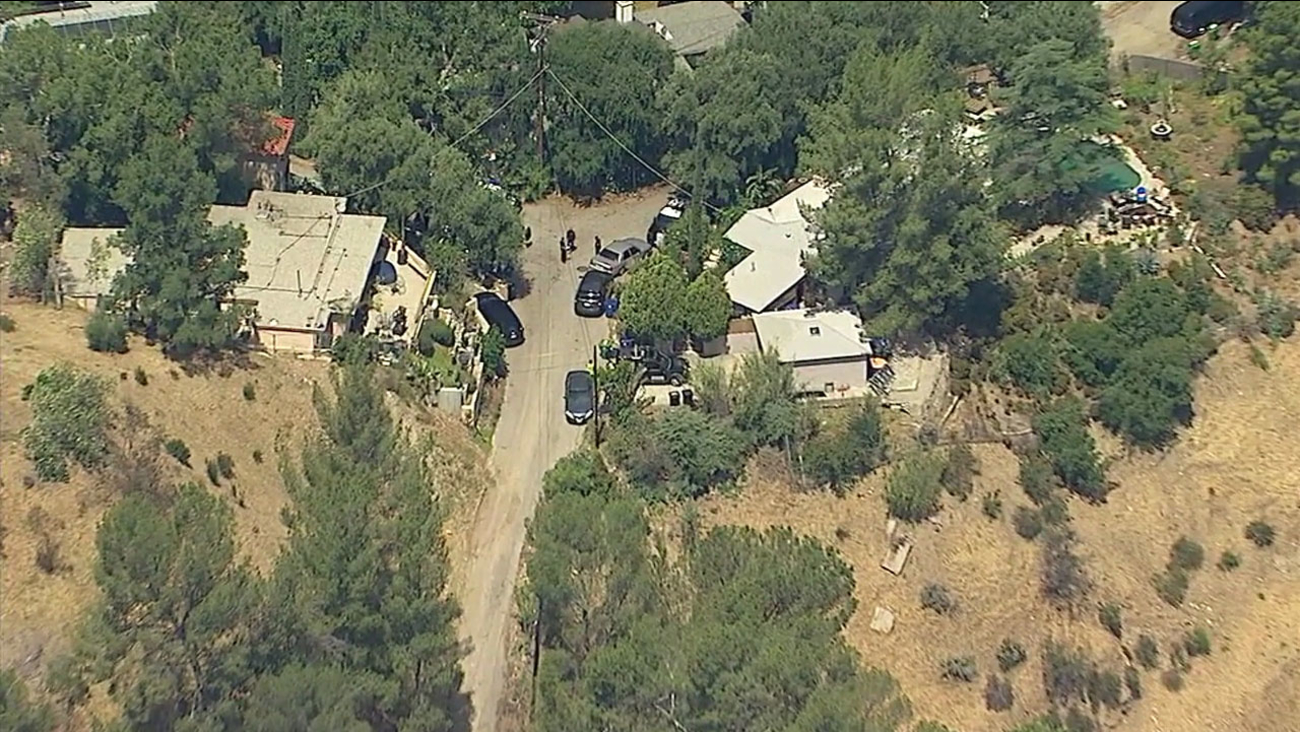 Authorities blocked off a home as a suspect remained inside in the 11300 block of Alethea Drive in Sunland-Tujunga on Monday, May 8, 2017. (KABC)

SUNLAND-TUJUNGA, LOS ANGELES (KABC) -- A tense hours-long standoff at a Sunland-Tujunga area home resulted in LAPD SWAT officers firing a rifle from a helicopter for the first time.

The incident happened Monday afternoon when a 29-year-old male suspect broke into a woman's home in the 11300 block of Alethea Drive, authorities said.

During a Tuesday press conference, LAPD Chief Charlie Beck said the suspect began firing at officers and at the helicopter, which resulted in officers firing back.

Toward the end of the standoff, smoke was seen billowing from the back door of the home and the suspect crawled out. In that short time, the man ended up being shot and tumbled down a hillside. He was later pronounced dead at the scene.

Beck said it was unclear if the man was hit by SWAT officers in the helicopter or by officers on the ground.
Related topics:
sunland tujungalos angeleslos angeles countylapdhelicopterofficer involved shootingshootingswatstandoff
Copyright © 2021 KABC-TV. All Rights Reserved.
RELATED 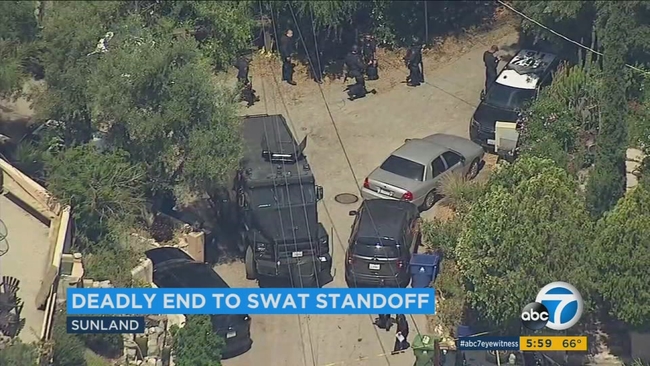