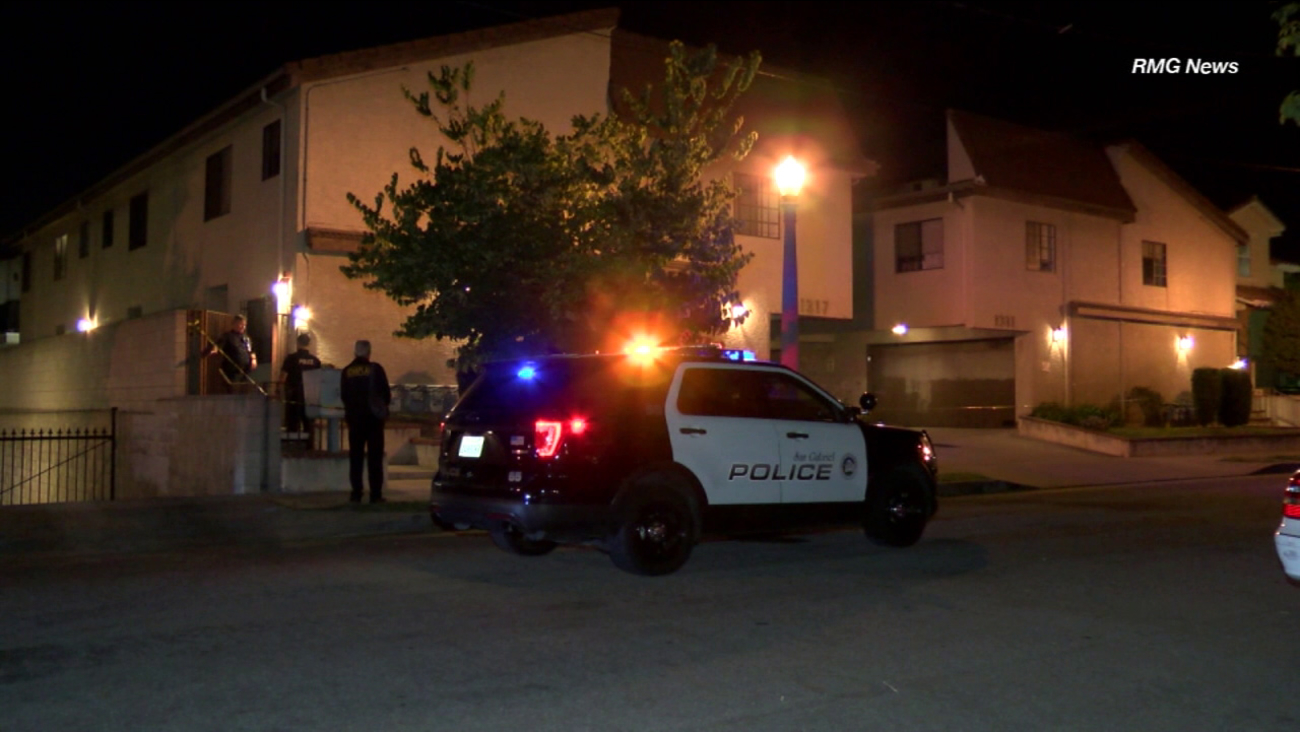 Police are seen outside an apartment building in San Gabriel after two people were found dead Saturday, June 24, 2017. (RMG News)

SAN GABRIEL, Calif. (KABC) -- A 49-year-old man shot and killed his mother Saturday evening at a home in San Gabriel before fatally turning the weapon on himself, authorities said.

San Gabriel police officers responded shortly after 10 p.m. to a report of shots fired at an apartment in the 1300 block of Stevens Avenue, according to a statement from the Los Angeles County Sheriff's Department.

Upon arrival, the officers found a man who had opened fire on his mother and then shot himself, the news release said. Both individuals were pronounced dead at the scene.

The names of the deceased were not immediately disclosed.