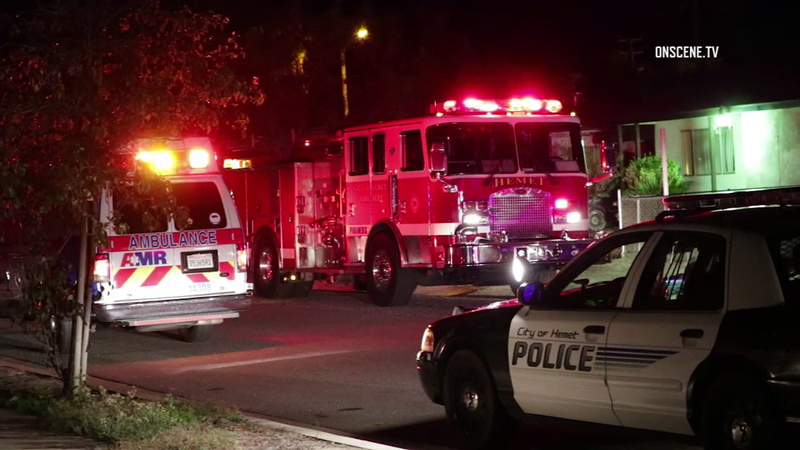 HEMET, Calif. (KABC) -- A man was killed and a teenager was injured in a shooting in Hemet on Friday, according to authorities.

Hemet police said the shooting happened near the 200 block of South Palm Avenue at about 12:40 a.m.

When officers arrived to the scene, they said a man's body was found in a storm drain with a gunshot wound to his back. The man's identity was not released pending notification of next of kin.

A 17-year-old boy was located in the 200 block of South Western Avenue suffering from a severe gunshot graze to his cheek, according to officials.

Police said the teen was taken to the hospital and was expected to survive from his injuries.

Officers located others at the scene who were not injured in the shooting and said they were acquaintances of the victims.

Witnesses reported hearing five gunshots and officials said three suspects were believed to be involved, but that there was only one shooter.

Authorities said a motive had not been determined.