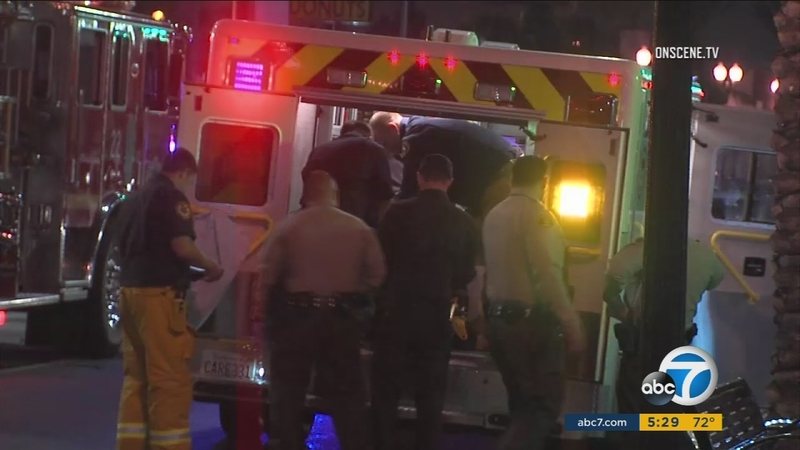 EAST LOS ANGELES (KABC) -- A man high on methamphetamine randomly attacked a woman in East Los Angeles, pulling her from the line at a taco truck and stabbing her multiple times with a knife, according to authorities.

The Los Angeles County Sheriff's Department said the attack happened near the intersection of Whittier Boulevard and Clela Avenue at about 10:30 p.m. on Wednesday.

Deputies said the 29-year-old suspect, a resident of East L.A., grabbed the 23-year-old victim by her neck and dragged her away.

A man driving past the scene witnessed the attack and unsuccessfully tried to scare off the assailant with a crowbar, according to officials.

Deputies who happened to be nearby responded to the location and intervened, eventually taking the suspect into custody.

The victim suffered multiple stab wounds to her hands and arms when she tried to block the attacker from stabbing her, the sheriff's department said.

The woman was taken to a hospital in stable condition.

Investigators said the woman did not know the attacker and it appeared to be a random act of violence.