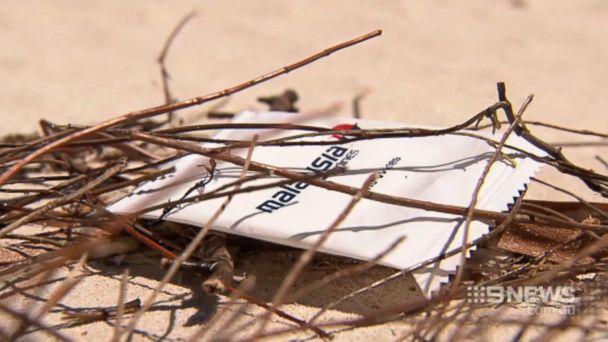 An unwrapped moist towelette branded with the Malaysia Airlines logo has been found on a beach in West Australia -- and it's now being tested to see if it is the first confirmed piece of evidence from the airline's missing plane.

The package was found by a couple strolling the beach near the town of Cervantes, Nine News reports.

Kingsley and Vicki Miller found the package on July 2 of last year, nearly four months after the plane vanished, but news of the discovery was not publicly reported until today.

They reported the discovery to the local police who handed it over to the Joint Agency Coordination Center which is handling the investigation into the missing plane.

No photos of the actual packet the Millers discovered has been release,d but they showed an example of the type of moist towelette that they said matched their find.

A spokesman for the Australian Transport Safety Bureau confirmed their discovery to the Sydney Morning Herald, though urged caution.

"It is unlikely, however, that such a common item with no unique identifier could be conclusively linked with MH370," he said.

Malaysia Airlines flight 370 departed from Kuala Lumpur, Malaysia on March 8, 2014 and never made it to its intended destination of Beijing. No debris and no remains from the 239 people on board have ever been found.

The one year anniversary of the disappearance of the plane has renewed speculation about the aircraft's location and presumed crash site.

ABC News aviation consultant Steve Ganyard, who previously served as a Marine Corps fighter pilot, said that while we have not been able to find the plane, investigators "have a general idea of where that airplane was going" and have a rough search area approximately 1,000 miles west of Perth, in western Australia.