KABC
By Rob McMillan
ORLANDO, Fla. (KABC) -- Stories are continuing to surface from those who were inside the nightclub and survived the horrifying mass shooting in Orlando.

Josean Garcia said the "devastating" experience is burned into his memory.

Chris Enzo, a friend of a shooting victim, said his friends feel too scared to step foot outside their homes. Still, he had a message of strength in the face of terror.

By the end of the attack, 50 people, including Mateen, were dead and at least 53 others were injured.

A total of 44 people were transported to the Orlando Regional Medical Center following the shooting. 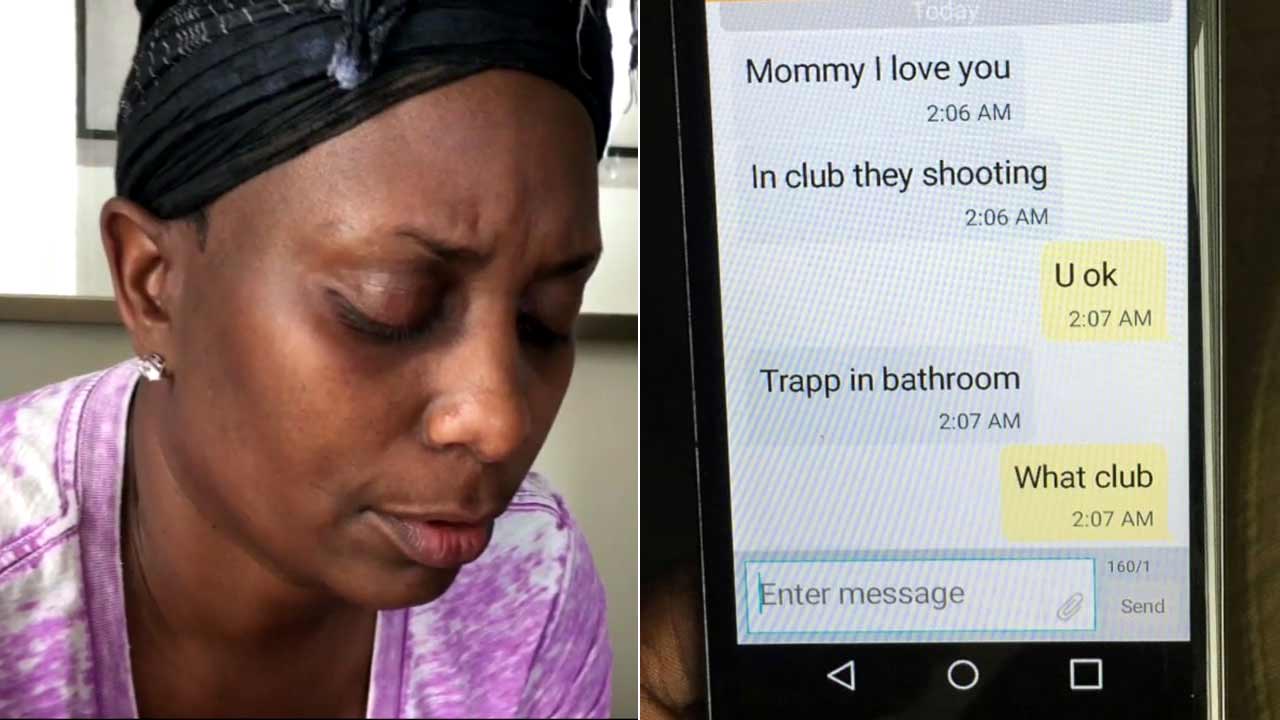 Orlando victim, who texted mom from club, confirmed dead
Eddie Justice is one of 49 victims killed in the Orlando nightclub shooting. His mother feared the worst when she began receiving texts from her son from inside the club.
There was a large police presence at the hospital, where doctors have performed 26 operations on the victims with six more surgeries scheduled for Monday.

Among the group, 29 of them are continuing to receive treatment, six of them have been discharged and nine were pronounced dead in the hospital.

Doctors say a number of victims remain in critical condition and are still very much in shock. Five patients are in grave condition.

PHOTOS: Powerful reactions to Orlando around the world

PHOTOS: Powerful images as world reacts to Orlando shooting
See the emotional reactions as people around the world mourn for the city of Orlando.