KABC
By Jory Rand and ABC7.com staff
HUNTINGTON BEACH, Calif. (KABC) -- The woman who was reportedly kidnapped for ransom in Vallejo, then found safe in Huntington Beach, was apparently not abducted after all, Vallejo police said.

"There is no evidence to support the claims that this was a stranger abduction or an abduction at all. Given the facts that have been presented thus far, this event appears to be an orchestrated event and not a kidnapping," authorities said.

Denise Huskins, 29, was initially reported kidnapped for ransom on Monday. Her boyfriend, Aaron Quinn, 30, told police Huskins was taken against her will from her Mare Island home.

"The statement that Mr. Quinn provided was such an incredible story, we initially had a hard time believing it, and upon further investigation we were not able to substantiate any of the things that he was saying," Vallejo police Lt. Kenny Park said regarding the story Quinn had given them.

One part of the story that did not add up was the ransom amount, which was $8,500.

But authorities said they continued to treat the case as a kidnapping until Huskins showed up safe Wednesday morning at her parents' Huntington Beach home. The Southern California-native moved to Vallejo from Toluca Lake in June 2014.

Authorities had more than 40 detectives and 100 support personnel looking for Huskins while she was missing, Vallejo police said.

Vallejo police said she spoke briefly with Huntington Beach police officers and appeared to be cooperative. However, despite the FBI arranging a jet to bring her to Northern California for an interview, authorities have been unable to contact Huskins or her family members.

Huskins has also retained an attorney and her location is unknown, Vallejo police said.

"As of right now, we have not heard from Ms. Huskins and we are no longer in contact with any of the family members," Park said.

Authorities said that Huskins is not considered a fugitive at this time, and there have been no charges filed against her or Quinn. But that could change pending an investigation. 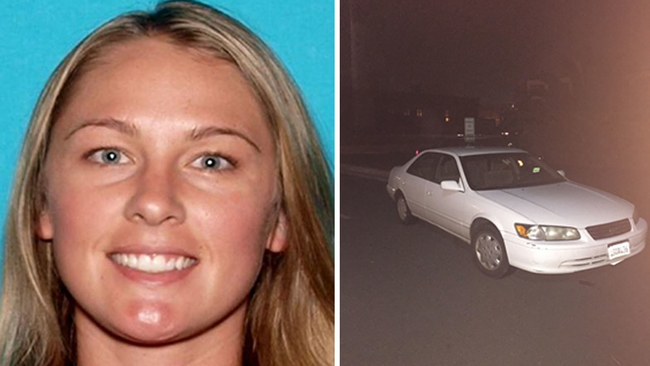