The lower arrivals and upper departures at the Tom Bradley International Terminal were closed and reopened several times due to protesters.

Authorities later negotiated a deal with the protesters that allowed them to block one level at a time for 15 minutes.

#Breaking: #LAX has negotiated deal w/#LAXProtestors They can block traffic 1 level at a time for 15 mins pic.twitter.com/w8GpN8ked4

The repeated closing and reopening of the roadways created a traffic nightmare for those entering and leaving the airport.

Protesters disrupted traffic to LAX, causing a nightmare situation for those arriving and departing from the busy airport.

While protesters shouted outside, family members and friends waited inside for word from people who had arrived at LAX from the seven predominantly Muslim countries whose citizens Trump temporarily barred from entering the United States.

Isam Zabiba and his family were waiting for his wife to arrive from Turkey. She is battling stage 4 breast cancer and was the last of the family set to arrive in the U.S.

"We were coming here to runaway from the terrorists from our country. We have residence here and she has all the legal documents to stay here in the United States," Zabiba explained.

Several attorneys were in the terminal helping those being detained. They offered their services free of charge.

"As attorneys we take an oath to uphold the constitution, so I thought it was my duty as an attorney to come here and try to offer whatever assistance I can," attorney Amy Moskovian said.

"It's disgusting. It's disappointing. I'm very angry," Alen Barkhordari said in an interview inside the terminal, where he had been waiting for his friend since 7 p.m. the previous evening.

Barkhordari, of Glendale, described his friend as a fully vetted refugee, in the middle of processing her permanent citizen paperwork, who has lived and worked in the United States for a year.

She flew home to Iran for a family emergency last month and was detained at the airport after arriving in Los Angeles Saturday night.

"She talked to me three hours ago, just by Facebook Messenger because she doesn't have any phone here, she just used internet," Barkhordari said. "She's crying and she said, 'I don't know what is my future here. Are they going to send me back?'"

Hundreds of protesters marching @flyLAXairport chanting "let them in" . Traffic on lower level outside Tom Bradley brought to a crawl pic.twitter.com/Y9hU30tihK

"Our country needs strong borders and extreme vetting, NOW," the president wrote. "Look what is happening all over Europe and, indeed, the world - a horrible mess!"

U.S. Customs and Border Protection did not disclose the number of people detained at LAX. 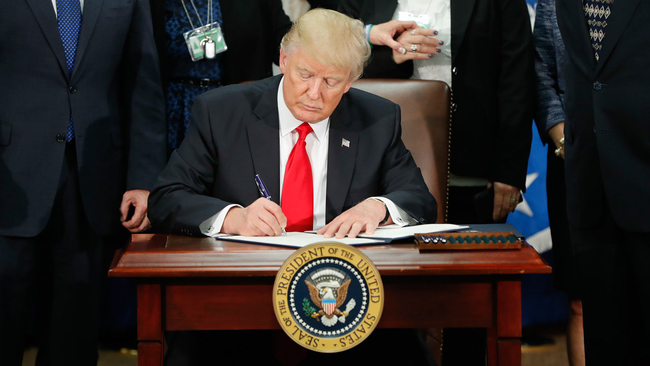 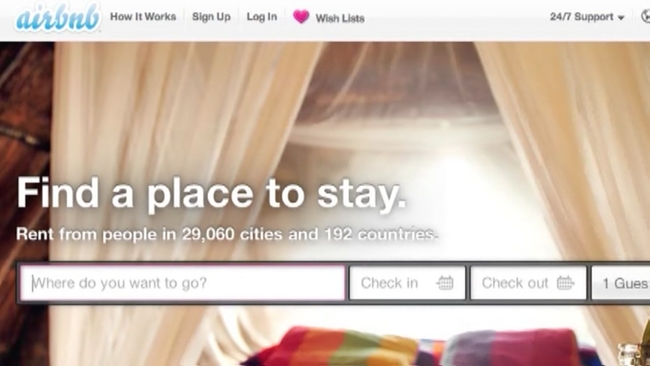