Flames from the Sherpa Fire tear through a hillside along the Gaviota coast in northern Santa Barbara County. (KABC)

KABC
GAVIOTA, Calif. (KABC) -- The Sherpa Fire that has been raging in northern Santa Barbara County since last week has scorched more than 7,800 acres, but is now 54 percent contained, according to fire officials on Monday.

Authorities have not released information on what may have caused the fire. As it rages on the hillsides, several campgrounds, canyons and state beaches remain evacuated. About 270 structures are threatened along with crops, state parks, communication sites, power lines, rail lines and parts of the 101 Freeway.

Since the fire started, a stretch of the freeway from the city of Goleta to Buellton has been shut down twice. Fire officials said the freeway could be shut down again at any time depending on weather conditions.

Power outages may be possible between 10 a.m. and 9 p.m. Monday because of high temperatures, and officials said a few customers in El Capitan Canyon were without power because of downed lines from the fire. Electricity is expected to be restored in that area by Tuesday.

There are 1,926 firefighters battling the blaze from multiple agencies as well as 129 engines, 49 hand crews, 17 helicopters and four air tankers, according to officials. 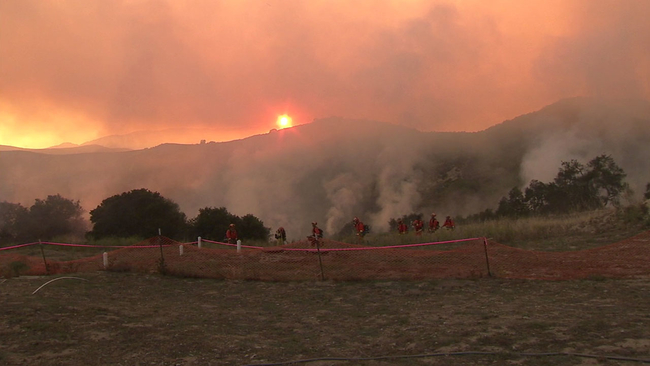 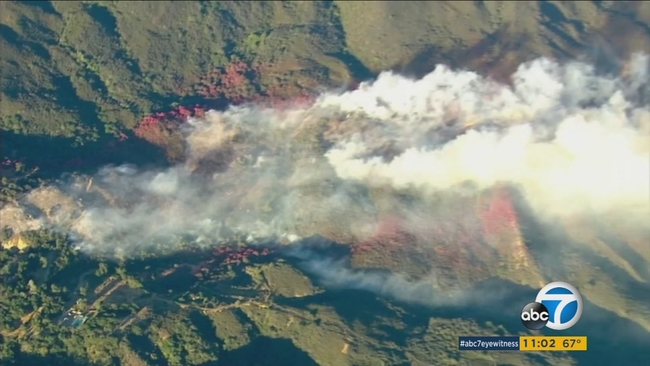 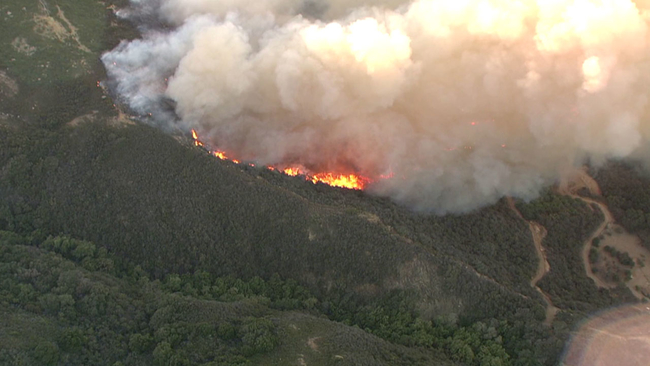 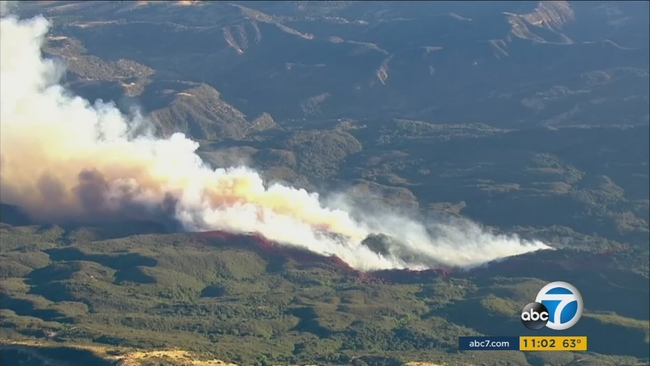