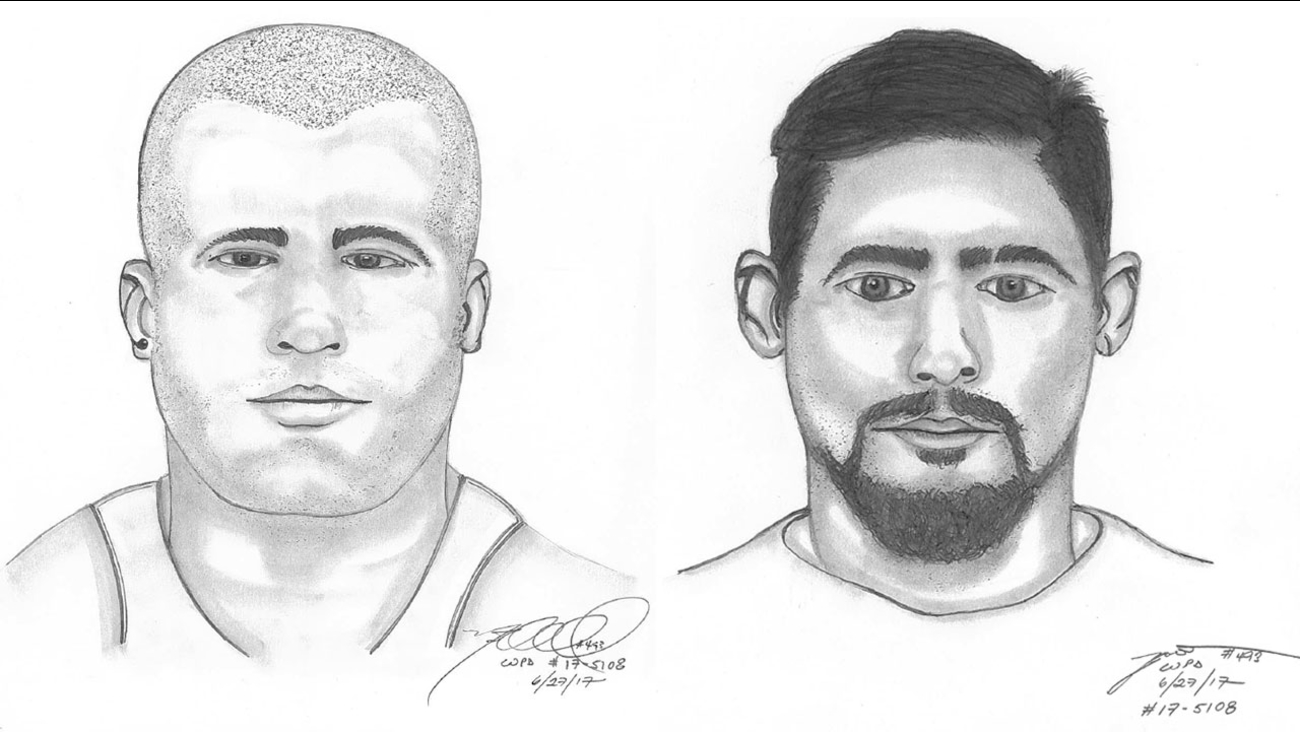 Whittier police released these sketches of two suspects in the kidnapping of a 12-year-old girl from the front yard of her home on Monday, June 26, 2017. (Whittier PD)

WHITTIER, Calif. (KABC) -- Whittier police released sketches of two suspects wanted in the kidnapping of a 12-year-old girl from the front of her home Monday morning.

One suspect grabbed the girl from in front of her home in the 13400 block of Franklin Street and put her in a car where there was another man waiting and they drove off, police said. The girl was able to escape a short distance away when the suspects stopped the vehicle on Dittmar Avenue.

The two suspects were described as: a male Hispanic in his 20s, with black hair and a beard. He was described as having a shaved line across his left eyebrow and was wearing a white shirt and blue jeans.

The second suspect was a male Hispanic in his 30s, with a shaved head. He was wearing a white tank top and tan pants with a dragon tattoo on his right bicep.