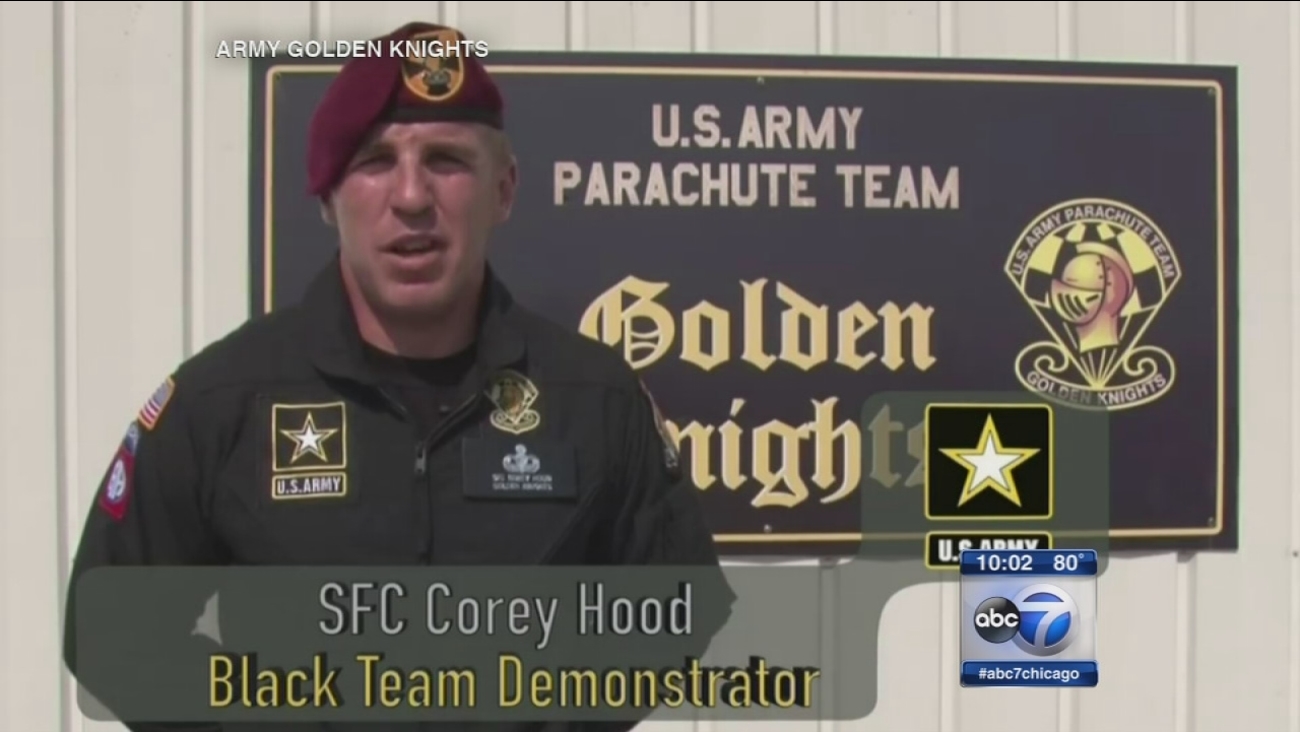 CHICAGO -- The U.S. Army has posthumously promoted a member of the Golden Knights who died during a mid-air collision at this year's Chicago Air and Water Show.

Master Sgt. Corey Hood, 32, was on the promotion list for Master Sergeant at the time of his death on Sunday, U.S. Army officials said.

Sgt. Hood collided with U.S. Navy Leap Frog Timmy Holland during a "bomb burst" demonstration, where parachutists fell with red smoke trailing from their packs. Holland, 29, was hospitalized for a leg fracture after landing on North Avenue Beach, but is expected to recover.

"Corey loved being a Golden Knight. He loved connecting the American people with their Army. He loved meeting with the people on the ground and sharing his soldier story. Corey's story was extraordinary because he was an extraordinary soldier," said Lt. Col. Matthew Weinrich, USAPT commander.