KABC
MOJAVE DESERT (KABC) -- Virgin Galactic's SpaceShipTwo space tourism rocket exploded in flight over the Mojave Desert, according to a witness, killing one person and injuring another.

Kern County fire officials responded to a report of an aircraft down in the Mojave Desert between Highway 395 and Highway 14 on Garlock Road. One pilot was declared dead at the scene. Rescue crews treated an injured pilot on scene and transported the person by helicopter to Antelope Valley Hospital with "major injuries."

Debris from SpaceShipTwo was seen in the Mojave from AIR7 HD.

"Space is hard, and today was a tough day," said George Whitesides, chief executive of Virgin Galactic. "We are going to be supporting the investigation as we figure out what happened today, and we're going to get through it." 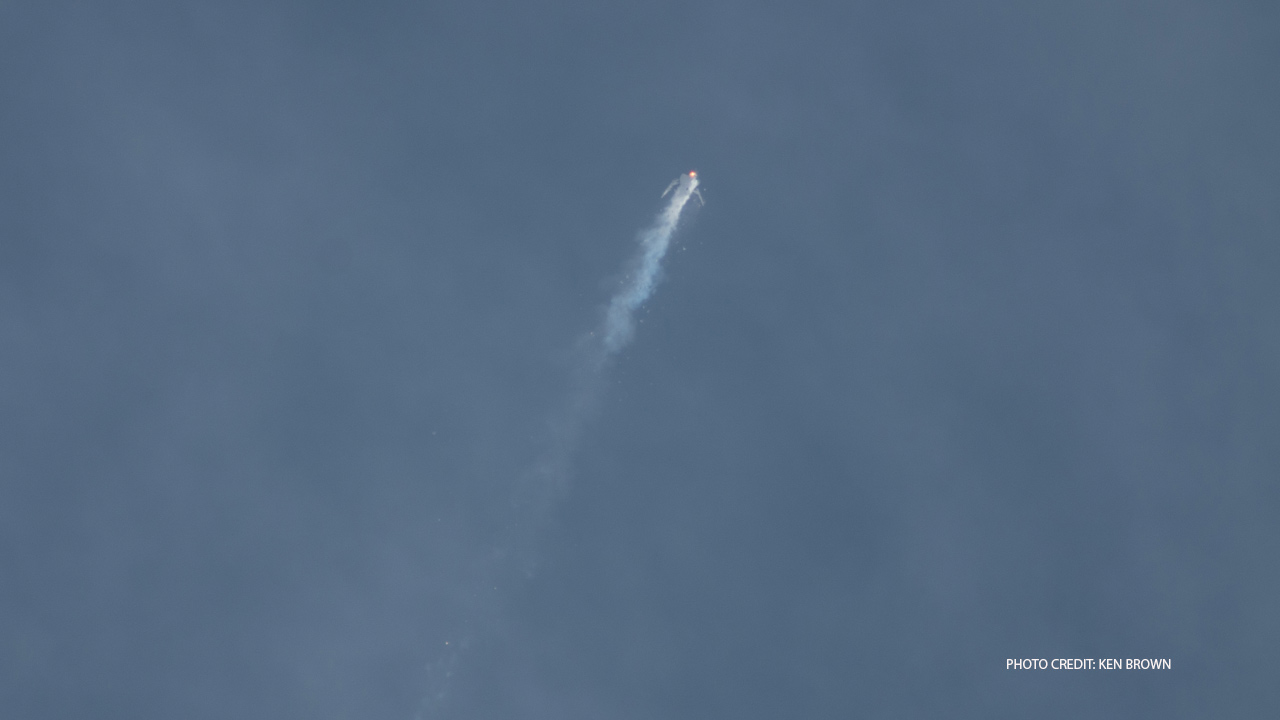 SpaceShipTwo, typically flown by a crew of two pilots, has been under development at Mojave Air and Spaceport in the desert northeast of Los Angeles. The experimental space flight vehicle is carried aloft by a specially designed jet and then released before igniting its rocket for suborbital thrill ride into space and then a return to Earth as a glider.

Takeoff occurred at 9:30 a.m., with the release happening at 10:10 a.m., according to Stuart Witt, CEO of Mojave Air and Space Port. Two minutes later, they were aware of an "in-flight anomaly," Witt said.

"I will tell you from my eyes and my ears, I detected nothing that appeared abnormal," Witt said at a news conference. The Federal Aviation Administration said in a statement that the incident happened "shortly after the space flight vehicle separated from WhiteKnightTwo, the vehicle that carried it aloft."

Virgin Galactic founder Richard Branson was en route to the Mojave Desert and should arrive by Saturday morning.

He issued the statement: "Everyone at Virgin Galactic, The Spaceship Company and Scaled Composites is deeply saddened by today's events. All our thoughts are with the families of everyone affected by this tragic event, and we are doing everything we can to support them."

Thoughts with all @virgingalactic & Scaled, thanks for all your messages of support. I'm flying to Mojave immediately to be with the team.

"The future rests in many ways on hard days like this, but we believe we owe it to the folks who were flying these vehicles, as well as the folks who have been working so hard on them, to understand this, and to move forward, which is what we'll do," Whitesides said.

The Kern County Sheriff's Office is investigating the incident.