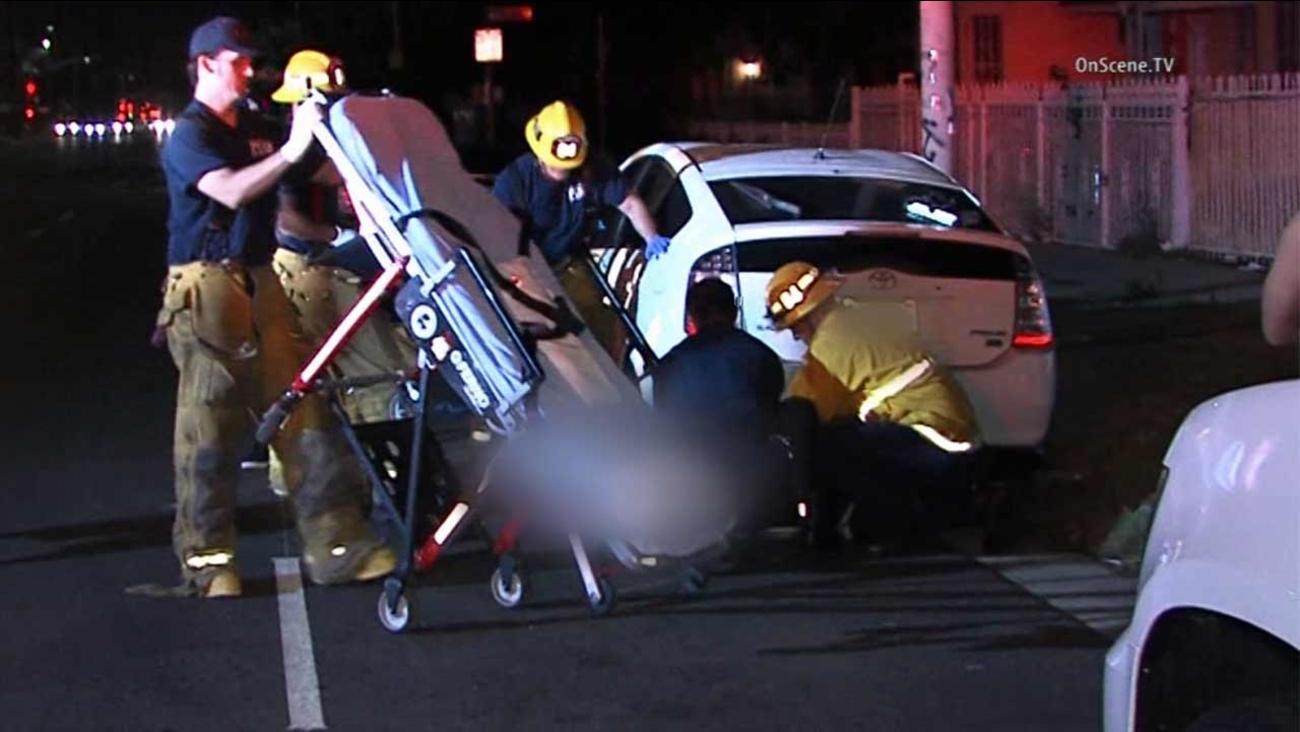 Authorities respond to a hit-and-run near the intersection of Century Boulevard and Hoover Street in South Los Angeles Sunday, Aug. 30, 2015.

LOS ANGELES (KABC) -- A pedestrian was struck by a hit-and-run driver in South Los Angeles Sunday night with such force that she was thrown across the street and underneath a parked car.

The incident occurred at the intersection of Century Boulevard and Hoover Street at about 11:40 p.m.

The female victim was walking within a crosswalk when she was struck and killed, police said.

Authorities had to lift up the parked white Toyota Prius to tend to the victim. She was transported to a local hospital where she was pronounced dead.