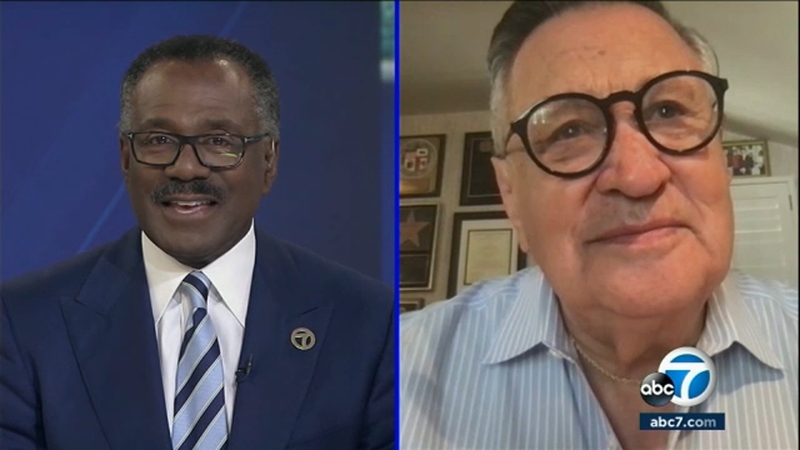 LOS ANGELES (KABC) -- Jaime Jarrín is known as the Spanish voice for the Dodgers.

Back when he started, he wouldn't travel with the team -- so he would listen to Vin Scully call the game in English and then translate it to Spanish.

On this Sunday's edition of "Eyewitness Newsmakers with Marc Brown," Jarrín explained how that worked.

"When it was a strike, it was a strike simultaneously," he said. "Ball, ball, foul ball. But when it was a difficult play with men on base, I had to wait until the play was over in order to come up with the play. We had cartridges going on there. I would push a button for a single, button for double or triple or a homer un. So that's how I did it for about six years."


For Marc Brown's full interview with Jaime Jarrín, watch the video above.

Watch "Eyewitness Newsmakers with Marc Brown" Sundays at 11am on ABC7 and everywhere you stream.