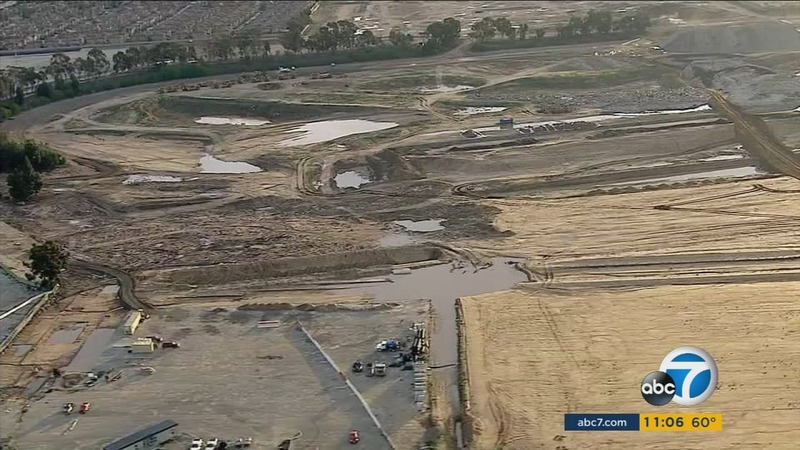 Construction underway at site of Rams' new home in Inglewood

INGLEWOOD, Calif. (KABC) -- It's not much to look at yet but construction is underway at the site of the future home of the Los Angeles Rams in Inglewood.

NFL owners voted on Tuesday to allow the Rams to move to Los Angeles starting next season.

There will be a transition period for the Rams. The team plans to begin playing at the Los Angeles Memorial Coliseum in the 2016 season and move into the new 80,000-seat facility in Inglewood in time for the 2019 season.

Some construction progress has been made in Inglewood. The city's permitting process was done by December, the sewer infrastructure is in place, the land is graded and the architectural plans and construction drawings are finished, according to Inglewood Mayor James Butts.

Chef Scottie, owner of Scottles Gumbo and Grill located across the street from the stadium property, said the economy in Inglewood sank when the L.A. Lakers left the Forum in 1999.

Now he can't wait to see the uptick in business and a return to prosperity in Inglewood.

"Whoa, now this is good for business" Scottie said. "I started my first business about 25 years ago and back-and-forth, back-and-forth, but now this right here is really going to boost sales and everything else."

Rams fan Raymond Trujillo came out to the construction site Wednesday morning to see it for himself.

"I came out today just to see where the stadium is going to be built and get the feel of the area out here. I already went to the Coliseum this morning just to see where we're going to play next season. It's unbelievable," Trujillo said.