New program to help retired NFL players: 'The brain can only take so much'

Players can undergo complimentary initial cognitive screenings and have access to many other services offered.
KABC
By Denise Dador 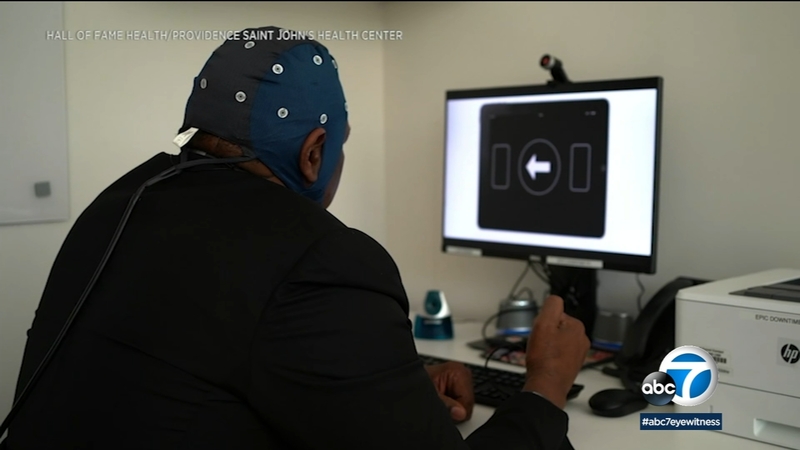 LOS ANGELES (KABC) -- Much of the thrill of watching the Super Bowl is being able to witness high-power tackles and clashes.

Football players sustain countless traumatic head injuries throughout their careers. These athletes enjoy the best of care while on the team, but it's estimated that up to 80% of NFL's former players are not covered under employer-sponsored medical plans.

However, a new innovative program hopes to help retired players such veteran L.A. Ram and Hall of Famer Jackie Slater.

"I was an offensive lineman. Played tackle. I never was asked to ever do a job that didn't involve hitting somebody, and so I had a lot of collisions," Slater said of his time in the NFL.

"One of my fondest memories," he said.

Long after leaving the NFL, those many collisions have taken its toll.

"Unfortunately, I do have issues, physically, that I have to deal with," he said.

But Slater doesn't have to deal with his health concerns alone thanks to a new partnership between Hall of Fame Health and the Pacific Neuroscience Institute, part of Providence Saint John's Health. As part of the program, Slater and other former professional football players can undergo complimentary initial cognitive screenings and have access to many other services offered.

"We know that recurrent traumatic brain injury is very common in the NFL population and other professional athletes," said Dr. Daniel Kelly, the director and one of the founders of the Pacific Neuroscience Institute.

The NFL expressed new concerns about a disproportionate number of concussions and other injuries on Special Teams.

Slater's son, Matthew, plays on Special Teams for the Patriots.

"Even though we love that aspect of it, if they can do something to make it safer for guys, then I think they should." Slater said.

"The brain can only take so much mechanical impact over time before things start to break down," Kelly said.

After being assessed, Kelly and his team of specialists then create a treatment playbook to help athletes get back what was lost.

"A very innovative program that combines physical exercise with cognitive exercises, and that combination is proven to be somewhat synergistic," he said. "It can actually help people stall or even reverse some of their cognitive and memory decline."

Slater said he's had teammates who died due to various injuries and illnesses he believes could've been prevented.

On Super Bowl Sunday, Slater will be rooting for his L.A. Rams. He hopes with advances in helmets and other measures, the league is doing all it can to keep players safe.

"I trust that it's going on because if it isn't, we won't be enjoying this great game very long because the toll can be devastating," Slater said.