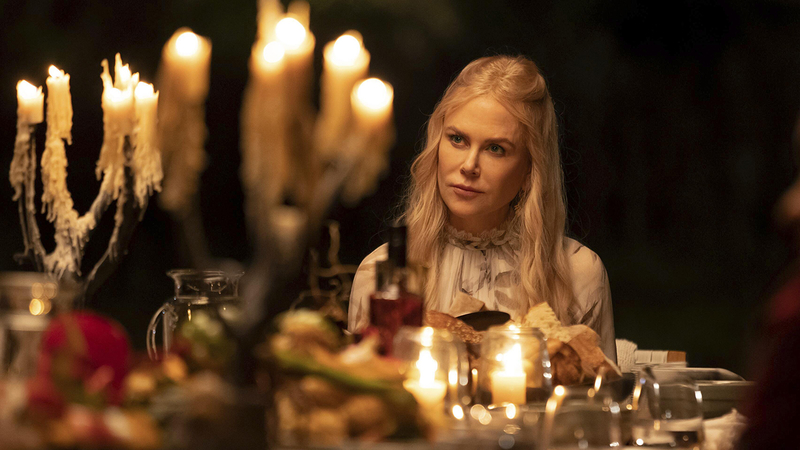 Nicole Kidman leads 'Nine Perfect Strangers' on quite a trip

HOLLYWOOD -- The new Hulu series "Nine Perfect Strangers" is based on the novel by Liane Moriarty, the same writer for the Emmy-winning "Big Little Lies." But the coronavirus almost put a stop to this all-star ensemble series before it ever got started.

How far are you willing to go to transform your life? "Nine Perfect Strangers" premieres August 18, only on Hulu.

Life imitated art a bit here: Kidman was also an executive producer who helped make sure this series stayed afloat last summer during all the turmoil in the world.

"Instead of having to shut it down, which was gonna happen in June when everything was falling apart with the pandemic, and thinking sorry there isn't gonna be a job, we were able to pivot, take it to Australia, take a risk, and try to make this show," said Kidman. "We called everyone, would you be willing to come to Australia? They all said yes."

Kidman revealed it was co-star Melissa McCarthy's daughter who persuaded her mom to take the job.

"Somehow the idea broke my brain but I was heartbroken if I didn't get to do this show," said McCarthy. "And my 14 year old came out of Zoom class, glazed over, and I'm like 'I had the weirdest call... Do you wanna go to Australia?' She said we should pack and move today!"

After quarantining for 14 days per Australian law, the cast was able to shoot on location in Byron Bay, New South Wales. And then... the work.

"We hope we can deliver a show for you and part of it is being able to give these incredible actors stories that are worthy of their talent," said Kidman.