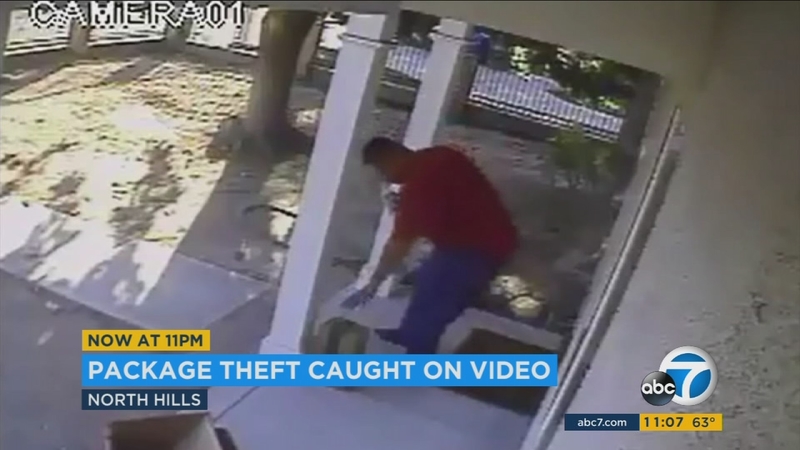 A man seen on surveillance video walking up to a home doesn't live there, but acts like he does. He looks around to make sure the coast is clear, pauses on the front porch - long enough to swig out of a bottle - then makes his move, stealing a package from Amazon.

What he didn't know was homeowner Mindy Farnsworth was home at the time.

"I went out thinking that a package was getting delivered. As I open the door, I realize someone was actually walking away with the package," she said.

Farnsworth, who is nearly 9 months pregnant, made sure the thief knew he was busted.

"I asked him, 'Can I help you with something?' At that point, he ran out the front gate, hopped in his car - with his kids in it - and peeled out," she added.

The suspect fled in a dark blue Chevy Avalanche.

Her husband missed the suspect by just a few minutes.

The thief may have thought he was getting away with an expensive item inside the box but instead, he stole about $60 worth of dog toys for Benson, the Farnsworths' new dog.

The Farnsworths' have had packages stolen before, a crime that surges as the holidays approach.