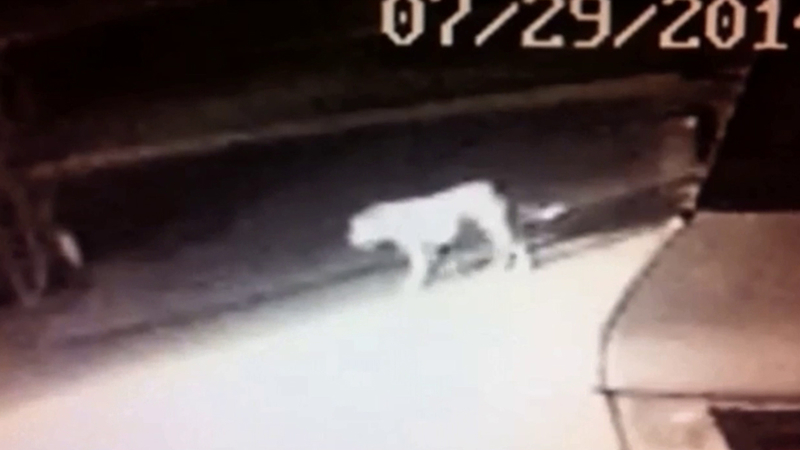 NORWALK, Calif. (KABC) -- A mysterious animal was caught on camera roaming the streets of Norwalk, causing concerns among some neighbors about a lion in their midst.

"It looks like a big cat, but then when you look at it again, it could be a dog. The gait, the way the animal is walking, it kind of has the characteristics of a cat, but we really don't know at this point," Norwalk Mayor Marcel Rodarte said.

While the experts work to identify the mystery animal, the mayor is trying to get the word out to the people living in this neighborhood to keep an eye out for small pets.

"We want to make sure that if this is a wild animal or if this is maybe a pet that someone kept illegally that people are aware to keep an eye out for it, because our goal is really to capture the animal and put it in the safe place," Rodarte said.

Many of the neighbors said they're scared for their pets. Others wondered what the animal might be and how it got here.

"It doesn't belong here. What's it doing here? There's no mountains in the back or anything like that," neighbor Vivian Romero said.

But others said they've seen it before and think it's something far less ominous.

"It's a big, gray dog. It looks kind of like a Rottweiler or a Pit bull and it just kind of goes through the neighborhood digging up trees and goes on about its business," neighbor Chai Harter said.