In an exclusive first look, ABC News shows the interior of the Notre Dame cathedral weeks after the devastating fire.

PARIS -- Weeks after Notre Dame went up in flames in a fire that shocked the world, ABC News' cameras captured the damage -- and the beautiful features that remain.

In an exclusive first look, Gen. Jean-Louis Georgelin, the retired general who was put in charge of the rebuilding efforts by French President Emmanuel Macron, showed David Muir the charred interior.

During the tour, Georgelin showed Muir the spire that collapsed and pierced the roof. He also showed him the 42-foot rose windows, which survived, as well as the 8000-pipe organ, which looks to be mostly untouched.

While showing the soot and ash that still remains, Muir explained that workers will be examining each of the organ's pipes to ensure there was no permanent damage.

The workers still wear protective suits and masks as they sort through the rubble. About 400 tons of lead were lost in the fire.

Estimates to rebuild the church have varied, but Macron is optimistic that Paris' iconic landmark could reopen within five years. Georgelin agrees.

"Nothing is impossible to a French general," he said.

SEE ALSO: Notre Dame cathedral fire: Before and after photos of fire damage

PHOTOS: A look inside Notre Dame Cathedral during the fire 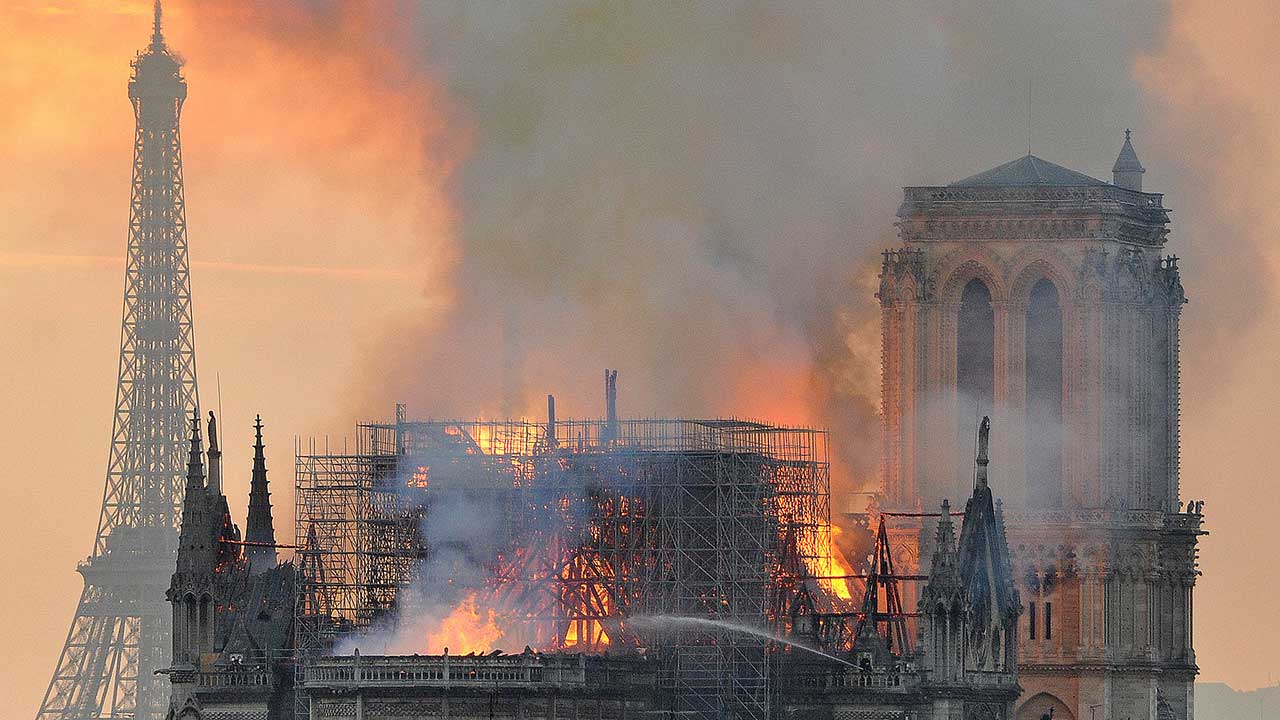 PHOTOS: A look inside and outside Notre Dame Cathedral during fire 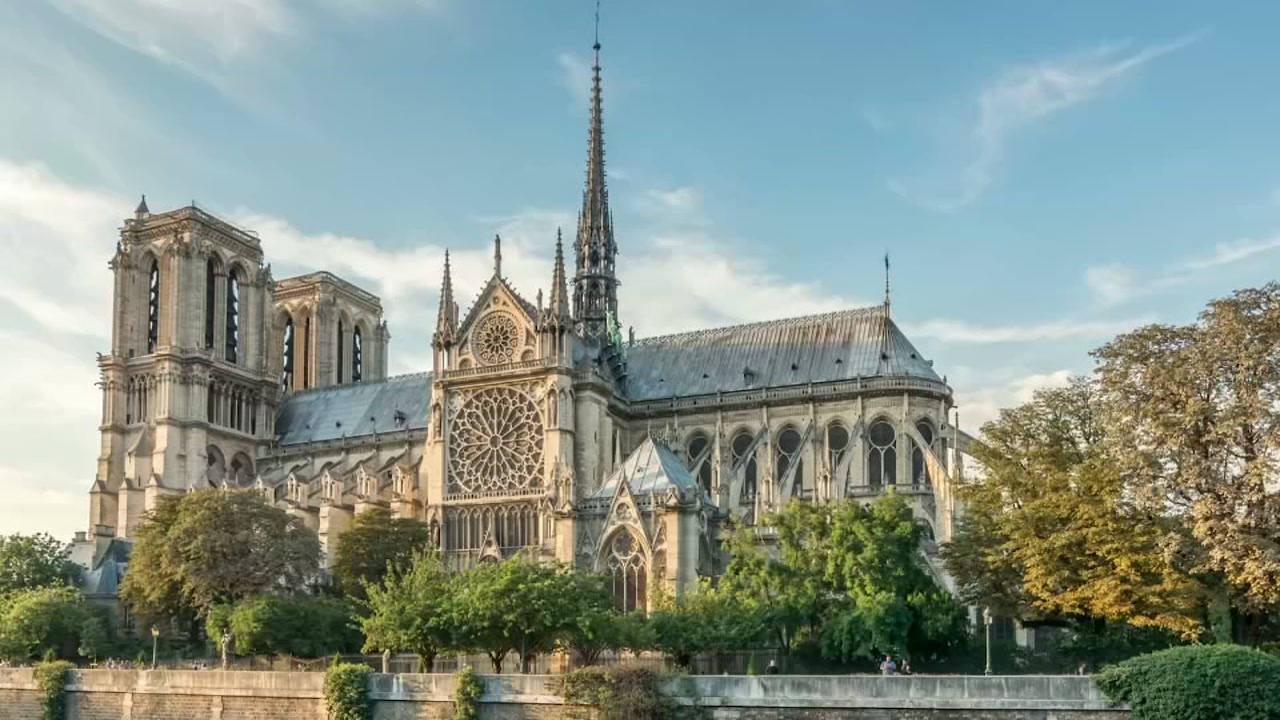 Notre Dame Cathedral: Before and during the fire 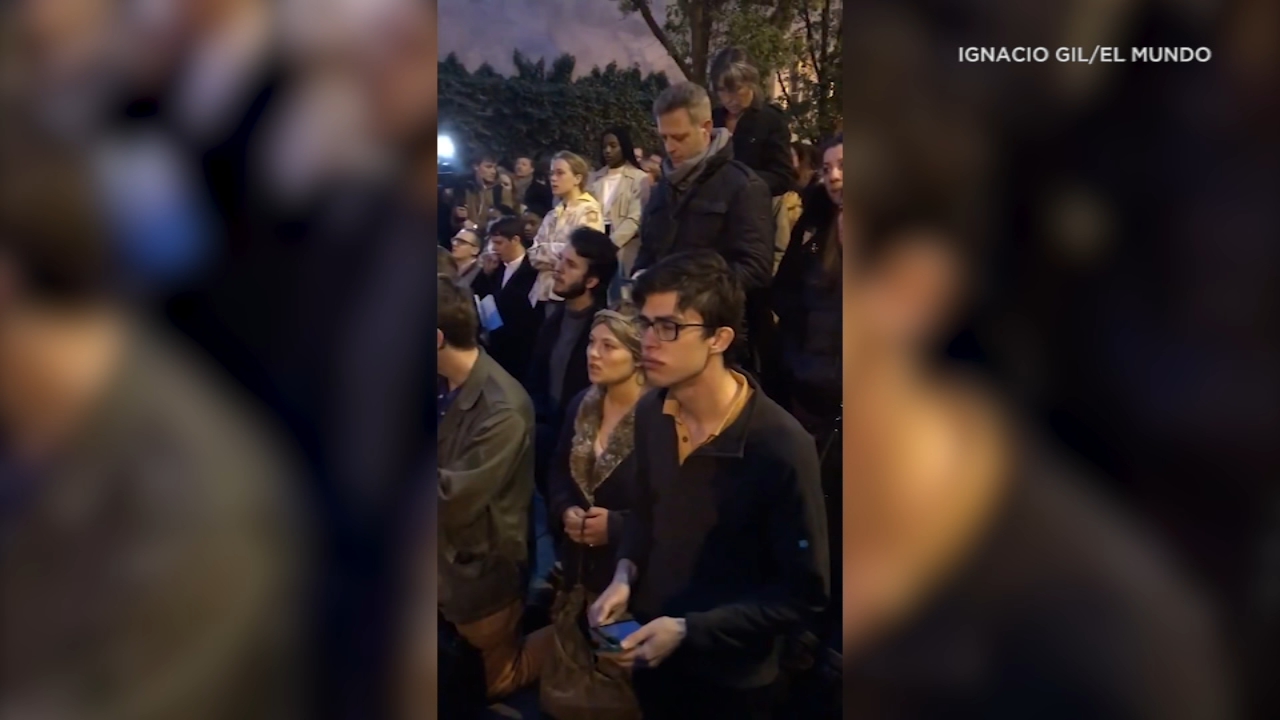 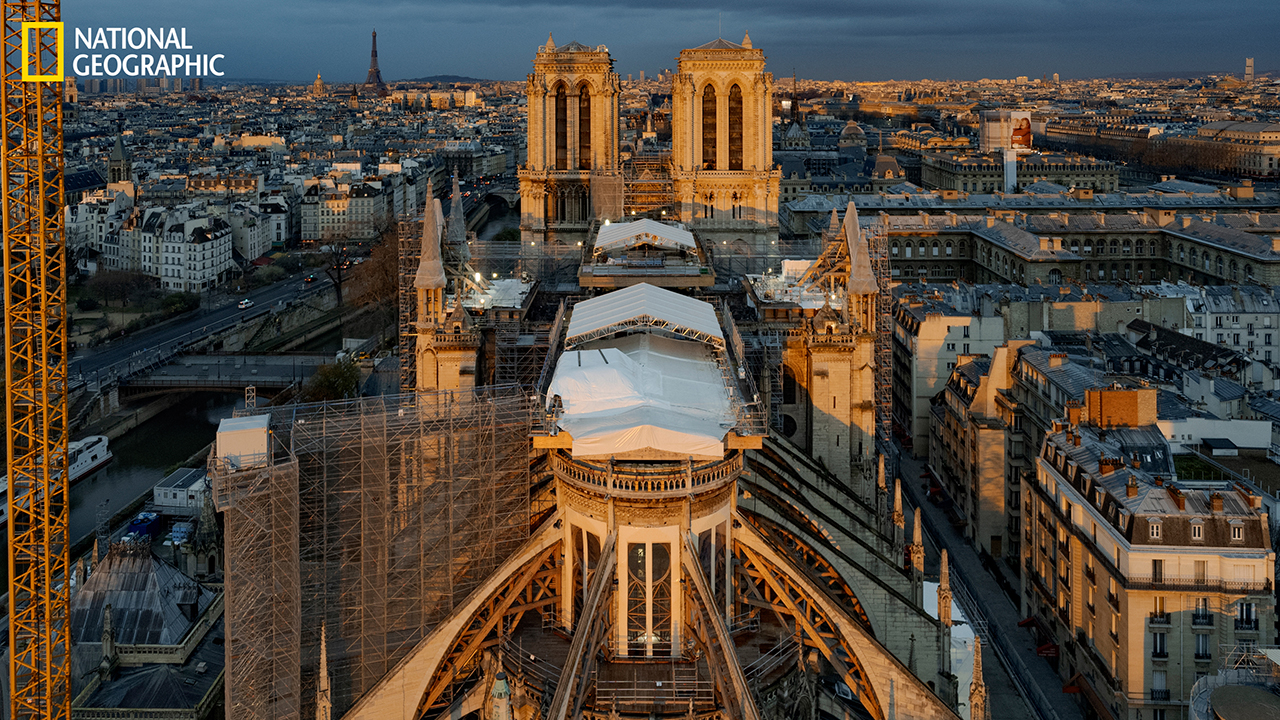 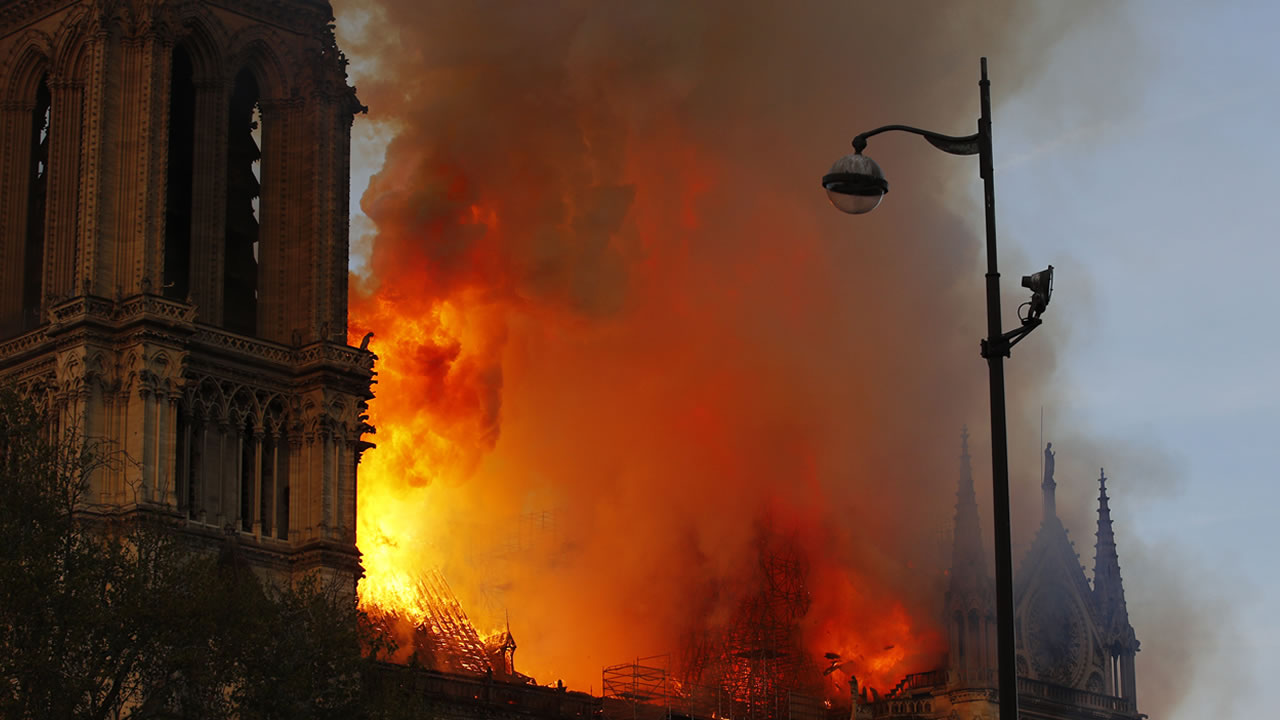 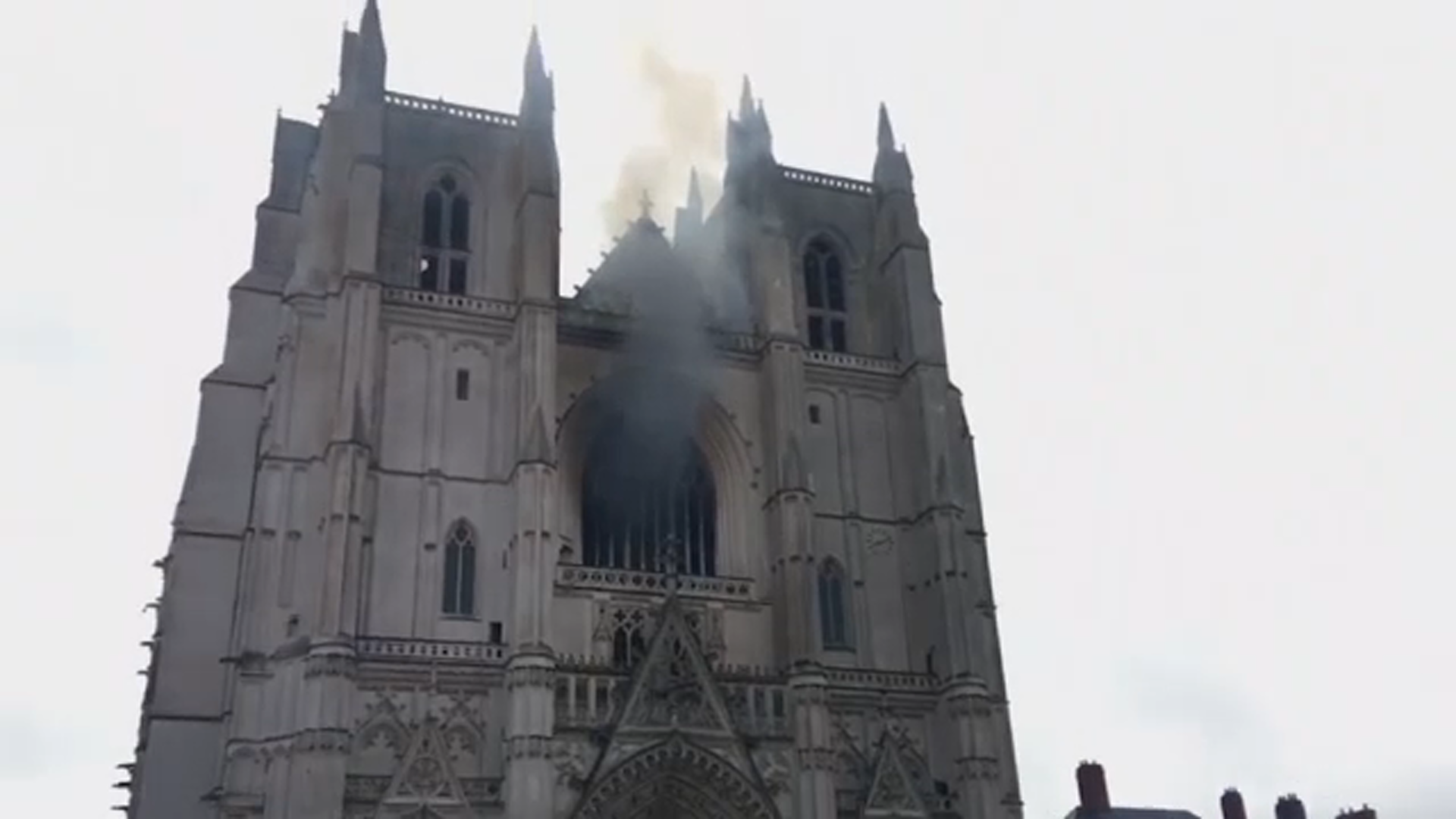