KABC
By by Lisa Bartley 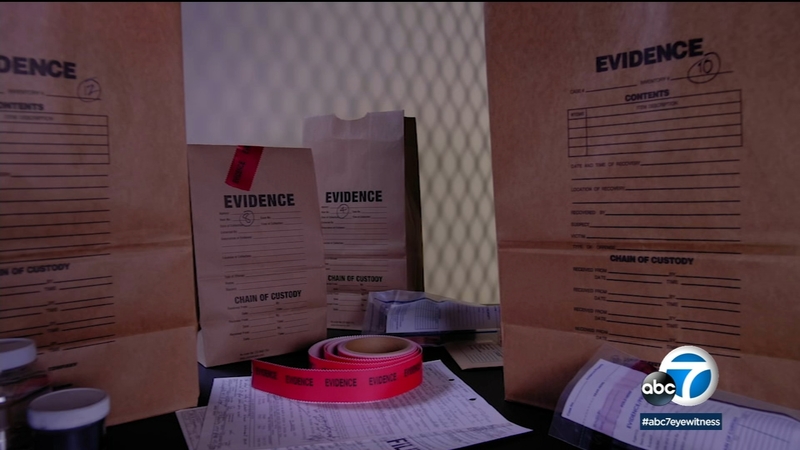 Imagine you're charged with a crime you did not commit.

And evidence that could prove your innocence was mishandled.

Or maybe it was never even booked.

A leading public defender says that's the crux of a new scandal rocking the justice system in Orange County and it may have never been revealed without a confidential source.

Physical evidence is key to almost any criminal prosecution. But two new bombshell reports from inside the Orange County Sheriff's Department reveal "systemic problems" with evidence being booked outside policy or not booked at all.

"This could affect thousands of defendants, there's no doubt about it," says Orange County Assistant Public Defender Scott Sanders. "They, by their own estimate, say there are 8,000 cases in which evidence wasn't booked on time."

The existence of the internal audits was first revealed by the Orange County Register.

The first internal audit found that over a two-year period, 30% of evidence was not booked by the end of a deputy's shift, as required by OCSD policy. Much of that evidence was booked more than a month late, raising questions about chain of custody and due process.

"The problem with that is that the evidence then was just sitting in people's lockers, their rooms, their homes, their offices, all being mingled together," says Sanders.

The Orange County Sheriff's Department says it fired four deputies and seven more have been disciplined so far. Personnel investigations on another four deputies are still pending.

The OCSD says it submitted all 15 of those potential criminal cases on deputies to the Orange County District Attorney's office, but no charges have been filed.

Orange County District Attorney Todd Spitzer has said he only learned of the OCSD audits last week and wrote a letter to Sheriff Don Barnes about his "concerns that my office may have filed or prosecuted criminal charges against individuals based on OCSD reports that inaccurately stated evidence had been booked."

The second internal OCSD audit found 57 cases where deputies didn't just book evidence late, they didn't book evidence at all. And then they lied about it by stating they'd booked the evidence when they had not.

That sounds bad enough, but Sanders points out that those 57 tainted cases are from a small sample selected for that report.

"That was a sampling of 450 cases out of 72,000," says Sanders. "So, what we really believe is that there's in excess of 9,000 cases in which no evidence was turned in, even though officers say they collected it."

Sheriff Barnes declined our requests for an interview, but stated in a press release last week that his department has taken "immediate corrective action."

Assistant Public Defender Sanders tells Eyewitness News these audits never would have been made public if it was not for a confidential source.

"We wouldn't have known about this but for a source who shared these audits with us," says Sanders.

"The Sheriff's Department was never going to disclose it. This was over a year old, they were done with the audits affecting thousands of cases and from their perspective, they never wanted us to know," says Sanders.