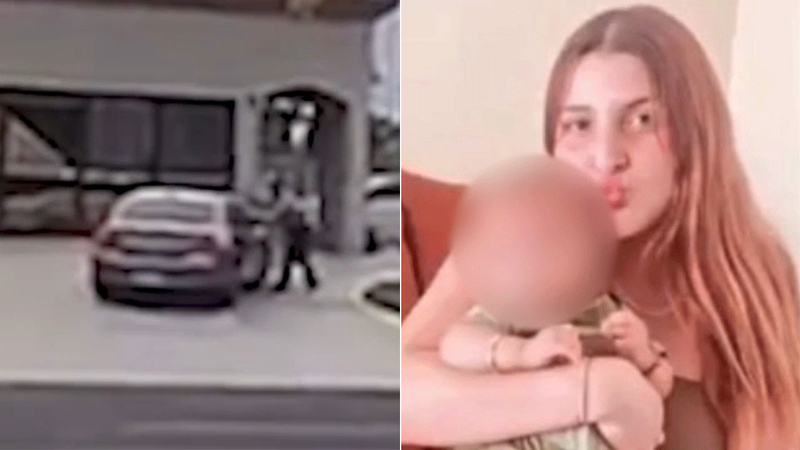 "After our internal review, we clearly saw areas where the employee violated district policy and did not meet our standards and expectations," Superintendent Jill Baker said during a late-afternoon news conference regarding the decision to fire officer Eddie F. Gonzalez.

"We believe the decision to terminate this officer's employment is warranted, justified, and quite frankly, the right thing to do," Baker said.

The school board voted unanimously, 5-0, to fire Gonzalez.

On the afternoon of Sept. 27, Mona Rodriguez, the mother of a 5-month-old son, was shot in the head by the officer while she was in a moving vehicle in a parking lot near Millikan High School.

Video by witnesses captured the shooting.

Investigators say Rodriguez was seen involved in a fight before the officer opened fire.

Rodriguez died Tuesday afternoon after being on life support since Sept. 27, according to a statement.

"The Use of Force Policy used by LBUSD's Office of School Safety and Emergency Preparedness states that officers shall not fire at a fleeing person, shall not fire at a moving vehicle, and shall not fire through a vehicle window unless circumstances clearly warrant the use of a firearm as a final means of defense. Although the ongoing, formal investigation may provide more information on what led to the shooting, the school district has found that its Use of Force Policy was violated," a statement from the school district said.

Rodriguez's friends and family say she was unarmed and want murder charges brought against the officer.

Prior to the firing, the officer had already been placed on administrative leave, pending the outcome of the investigation by the District Attorney's Office and the Long Beach Police Department.

A large number of protesters turned up at the school board meeting in support of Rodriguez's family Wednesday.