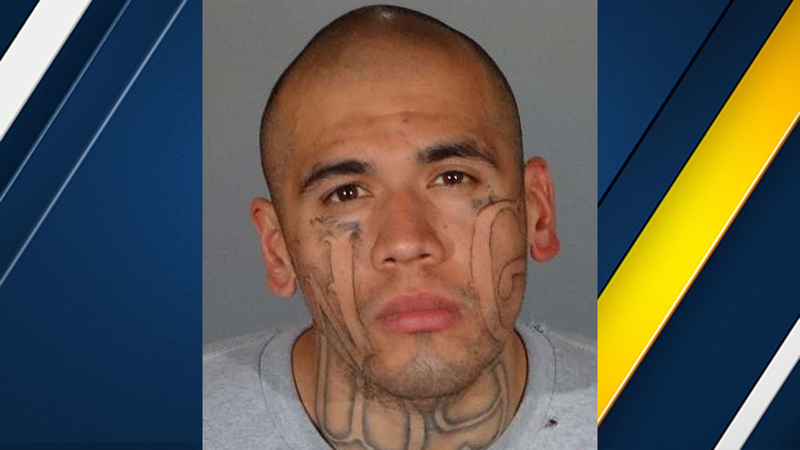 NORWALK, Calif. (KABC) -- An admitted gang member told detectives he "smoked" a Whittier police officer and his own cousin, according to an alarming tape-recorded interview played in court on Thursday.

Michael Christopher Mejia, 26, is charged with killing officer Keith Boyer, as well as his own cousin, 47-year-old Roy Torres, on Feb. 20.

"I guess you guys have everything down -- smoked my cousin, smoked the cop. ... I mean, what else do you guys want? I shot another cop," Mejia said during the 48-minute interview eight days after the killings.

In the interview, conducted in a jail medical ward, Mejia also said he did drugs the morning of the shootings, but he knew what he was doing.

Boyer and his partner were responding to a traffic accident and were not aware of the Torres murder earlier that day in City Terrace.

As they investigated the accident scene and approached Mejia, he opened fire, killing Boyer and wounding his partner.

Mejia had been released on parole less than two weeks earlier.

He noted in the interview that the arriving officers did not have their guns drawn when they approached.

When asked if he had anything to say to the Whittier Police Department, Mejia said, "Train your guys better. They just got a taste of an L.A. gang member, real L.A. gang member. You know what I mean? And, nope, I don't feel sorry. Because I know they would've dropped me, they wouldn't feel sorry for my family."

Mejia admitted being a gang member and later told detectives he expects to eventually get out of prison and "change one day."

Thursday's hearing was to find out if there is enough evidence to require Mejia to stand trial. It is expected to wrap up Friday.

Prosecutors have not decided yet if they will seek the death penalty.