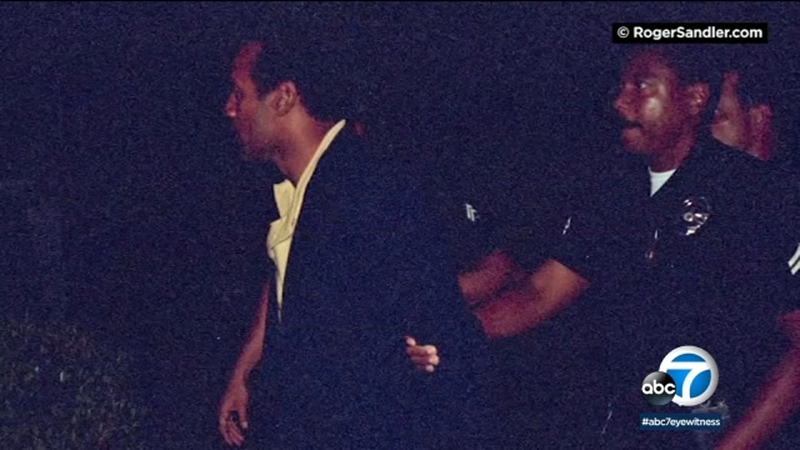 LOS ANGELES (KABC) -- The world watched as O.J. Simpson and his friend Al Cowlings led police on a two-hour pursuit that ended at O.J.'s home in Brentwood in 1994. These are the images from the ground that are rarely seen.

Sandler was covering the Los Angeles Police Department SWAT when they were called out to Simpson's home. After the Ford Bronco arrives, Sandler said, Cowlings comes out and tries to negotiate.

"Look at the pictures, how agitated he is," said Sandler. "He's looking around the front property, he sees SWAT snipers in the grass, in the bushes, in the kids' dollhouses."

Monday marks 25 years since arguably the most famous police chase in American history.

Sandler said Simpson is holding his gun inside the Bronco and what many people don't know is the order had been given to shoot him if he comes out with the gun and points it at police.

"Had O.J. Simpson come out of the Bronco with that revolver in his hand, he probably would not be alive today," said Sandler

Negotiators spent nearly an hour negotiating with Simpson, trying to get him to drop the weapon and come out.

"The negotiator starts talking to Simpson about his children. 'You don't want to kill yourself. Surrender for your children.' Then he moves on to the legacy. Not that he was a great football player, but that 'you are a great hero for America,'" Sandler recalled.

That's when Simpson comes out. Sandler wasn't allowed to take pictures of that, but he does take the first photos of Simpson under arrest -- the end of the pursuit and the beginning of the case against Simpson.