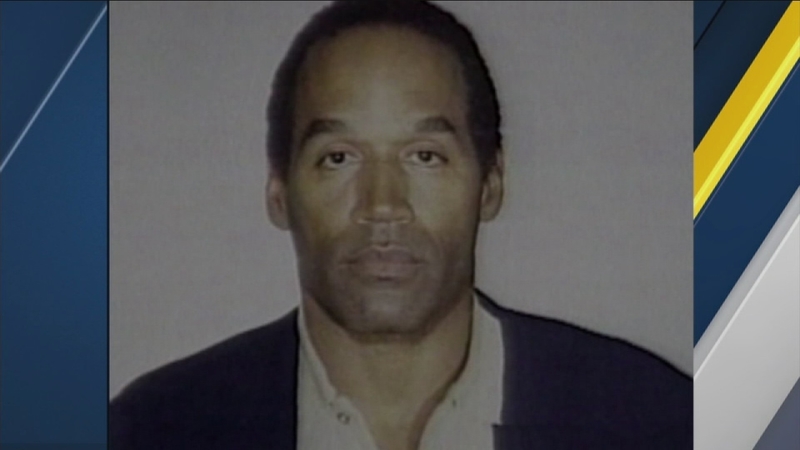 Capt. Andrew Neiman said the Los Angeles Police Department became aware of the item within the last month. It was allegedly recovered by a citizen at the property possibly around the time the site was demolished, which was in 1998.

Trent Copeland, the attorney of retired officer George Maycott described the weapon as a 5-inch buck knife covered with dirt and mud. He said there were no obvious signs of blood on the knife. Law enforcement officials told ABC News the likely real murder weapon was bigger and possibly "exotic."

The item was found by a construction worker at the site, and he gave it to Maycott, who was working an off-duty movie job. Maycott, retired at the time, immediately called the West Los Angeles Police Department to tell them he was handed a knife, the attorney said. The person on the phone placed Maycott on hold, and said she spoke to a supervisor who said the case was over and there was nothing they could do due to double jeopardy, according to Copeland.

Maycott's attorney said the retired officer was buying materials at the academy and asked someone for a records number on the Simpson case. Jokingly, Maycott decided to put the number on the knife and frame it. The weapon was taken into custody on Feb. 10 and Maycott did not resist, according to Copeland.

"I was really surprised. I would think that an LAPD officer - if this story is accurate as we're being told - would know that any time you come into contact with evidence that you should and shall submit that to investigators," Neiman said. "I don't know what the circumstances are or why that didn't happen or if that's entirely accurate or if this whole story is possibly bogus from the get-go."

The police department has asked for the citizen who turned over the knife to contact them.

Authorities said they were still doing testing to check whether the weapon was connected to the murders. As part of the investigation, LAPD detectives were trying to piece together the timeline of exactly when the demolition of the property started and ended, and who obtained the knife and had possession of it from then until now, according to ABC News.

Neiman said double jeopardy would be in place for Simpson.

Simpson, a former football player, was acquitted of murder charges in the 1994 stabbings of his ex-wife and her friend. He is currently imprisoned in Nevada for a 2008 armed robbery and kidnapping conviction.

"Until the LAPD completes its investigation of the recovered knife, the validity of the knife as it relates to Ron and Nicole's murder is purely speculative. It is not a shock to our family that stories like this are making headlines again. Being a victim/survivor is an ongoing process for all those impacted. We cannot validate every claim with a discussion, as it only creates more unnecessary hype and encourages the media circus. "