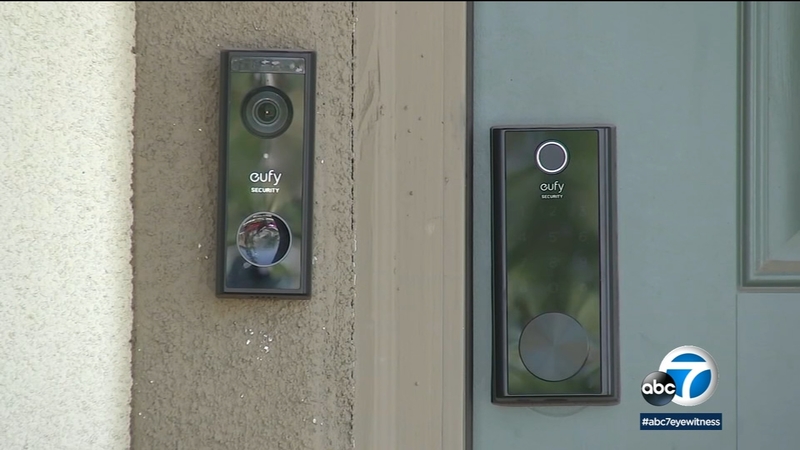 ONTARIO, Calif. (KABC) -- A series of home burglaries have targeted a neighborhood in Ontario, and police are investigating whether two recently arrested suspects are connected to the crimes.

More and more homes have security and doorbell cameras watching you every move.

It may not stop crime, but it could help combat it. A photo taken by one Ontario home security camera captured two possible suspects in a string of recent home burglaries.

"Some of these burglaries that have occurred a lot of these residents have been their backyard faces the street but not all of them," said Officer Eliseo Guerrero with the Ontario Police Department.

On Wednesday, Ontario police arrested two men after they were caught breaking into a home. The home owner was alerted to the burglary in process through a security camera and called 911.

"It's the fifth break-in since March 31st, " said Sean Zeeck, a resident.

Zeeck's neighborhood is one of the newest development in the eastern part of Ontario.

"We started a Neighborhood Watch and a WhatsApp group. So, to keep everybody informed around the neighborhood," said Zeeck.

Police are investigating if the two suspects they arrested are connected to the recent burglaries. Homes in the area of Vineyard Avenue to Haven Avenue and Riverside Drive to Merrill Street have been targeted.

Investigators are asking residents to take a look at their security footage for any suspicious activity.

"It's a new neighborhood. So, I kind of know some of the people who live here. So, I am checking the new faces around," said Mitzi Cabalbica.

For now, residents are getting to know their neighbors in an effort to combat crime.

"Just to keep an eye on suspicious characters snooping around in the neighborhood. If I've ever see someone, I will introduce myself and just gauge who they are and what they are doing here," said Zeeck.