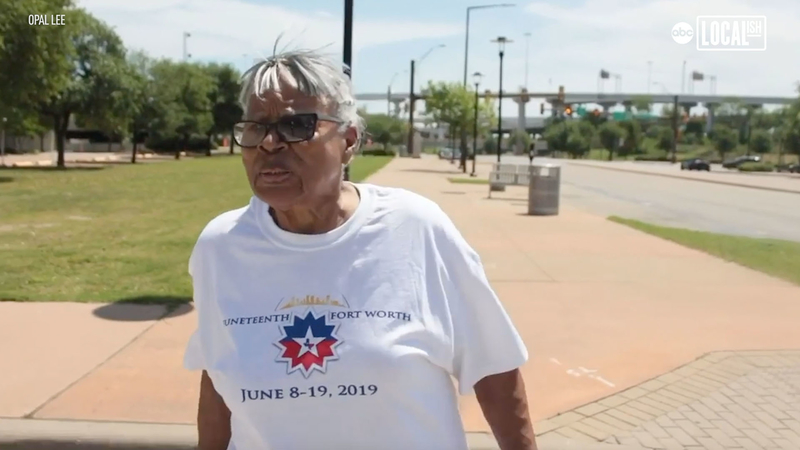 93-year-Old Opal Lee and the Long Fight for Juneteenth

NEW YORK -- When Opal Lee was just twelve years old, her house in Fort Worth Texas was burned down by a mob who decided that her family didn't deserve to have it.

Their home lay in ruins, but Opal didn't let that stop her. In her 93 years of life, Opal raised four children, earned her college degree, became a schoolteacher, a social worker, and food bank coordinator.

To this day, she continues to inspire, with her fight to make Juneteenth, historically known as the day when all slaves were officially freed under the Emancipation Proclamation, a national holiday,

Last year, we chatted with Opal about her campaign to bring brought attention to her cause by walking 2.5 miles in cities across the country. Why 2.5 miles, you ask? "Because slaves didn't know they were free for two and a half years after the Emancipation," Opal says.

Texas was the last state to abolish slavery, only after generals came to enact the order. "We started celebrating and we've been celebrating ever since." Making Juneteenth a national holiday has been Opal's passion for over 40 years and with the signing of the bill by president Joe Biden, her long fight is finally over.

In honor of Juneteenth, we're telling stories of what Black freedom means today, from a 94-year-old's quest for a national holiday to the fight for reparations to cultural celebrations. Watch "Our America: Black Freedom."