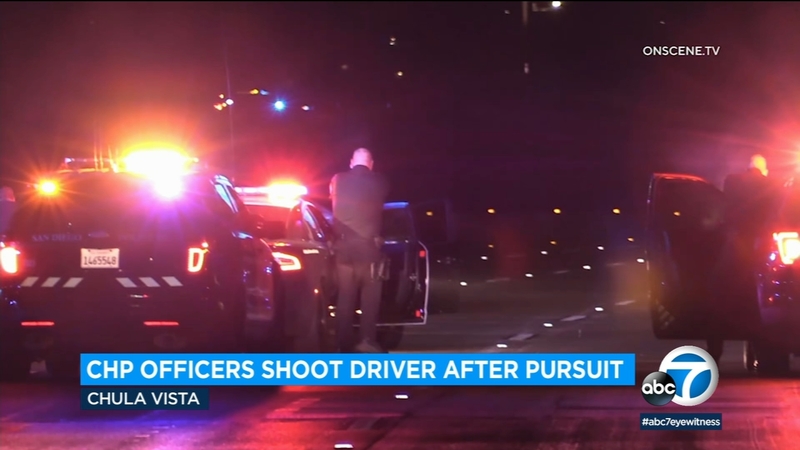 CHULA VISTA, Calif. (KABC) -- A driver who was shot by CHP officers at the end of a chase from Orange County to San Diego County overnight has died.

The chase started shortly before midnight on Saturday when police in Santa Ana tried to pull over the car for a traffic violation near 1st and Fairview streets. That's when the driver jumped onto the 5 Freeway and headed south.

As the chase entered San Diego County, local authorities took over the pursuit which ended on the 805 Freeway in Chula Vista.

Video from the scene captured the audio of several shots being fired. Shortly after, CHP officers used a police dog on the man while he was on the ground.

It's not clear why officers opened fire, but the man was taken to the hospital where he later died.