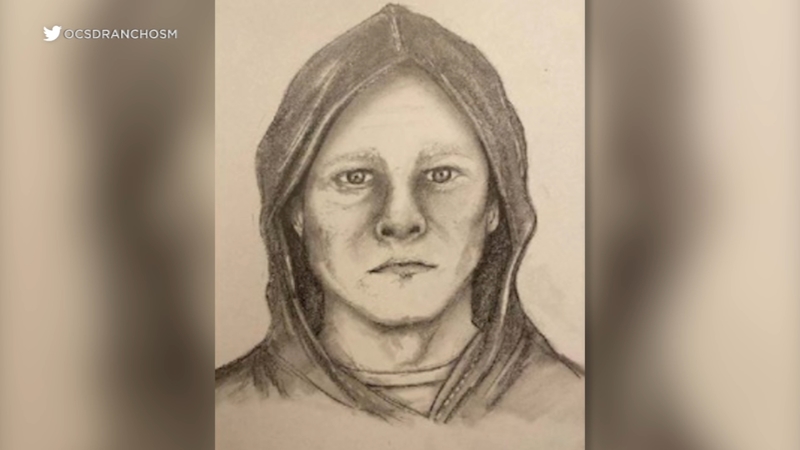 #OCSDPIO Sheriff’s investigators are asking for the public's assistance in identifying a suspect accused of assaulting a female on February 25 in Rancho Santa Margarita. Please contact Sheriff’s Department investigators at 714-647-7419 if you recognize this individual. pic.twitter.com/yI1V9bCXwL

The victim was on foot and became aware she was being followed by a man who was also on foot, Anderson said.

"He sexually assaulted the juvenile victim near a public road,'' the sergeant said.

The suspect fled the area on foot southbound on Antonio Parkway while the teen walked to a nearby store and called the sheriff's department, Anderson said.

Deputies performed an extensive search of the area that included helicopters, bloodhounds and other K-9s but did not find the man, he said.

She was able to assist in creating a sketch of the suspect, who was described as white man who's about 5 feet, 11 inches to 6 feet tall, weighs 170 pounds and has blue or green eyes. He was last seen wearing a black zip-up hoodie, black skinny jeans and high-top shoes.

The attack was believed an isolated incident unrelated to other sexual assaults previously reported, he said. Investigators wanted to catch him before he can offend again.

Anyone with information about the suspect's identity or location is urged to contact the Special Victims Detail at 714-647-7419 or Orange County Crime Stoppers at 855-TIP-OCCS (847-6227).