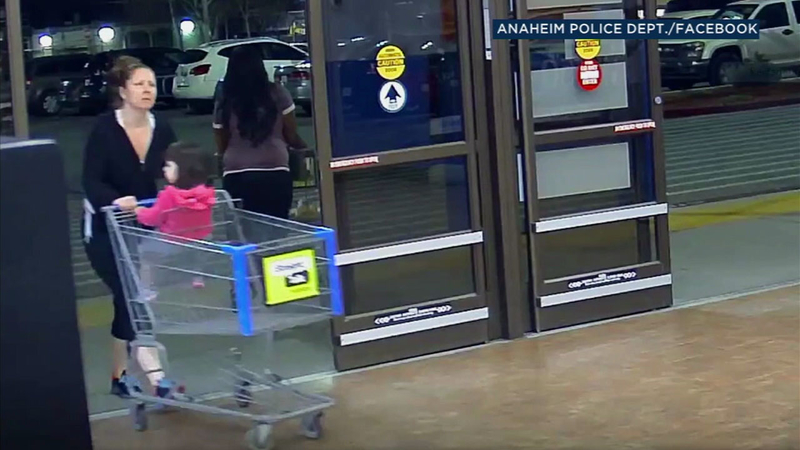 ANAHEIM, Calif. (KABC) -- Anaheim police are searching for a woman suspected of stealing checks from an Orange County Marine and cashing them at a Walmart in February.

"An active duty U.S. Marine and his wife paid their rent with Western Union moneygrams. Those moneygrams were stolen from the mailbox," Sgt. Daron Wyatt said.

Authorities said the couple dropped off three checks totaling more than $2,000 at the leasing office of the Hampton Pointe Apartments. People in the area said at the time his check was stolen, there were a series of rent check thefts at other complexes nearby.

Those checks popped up in San Bernardino and Highland.

"It was the same woman who cashed them at both Walmarts. She's actually seen entering with a child in a shopping cart when she does it. So she's even got a small child with her when she's committing these crimes," Wyatt said.

Authorities said the woman may have altered the checks in order to cash them and may have been using a stolen identity.

Eyewitness News learned the Marine who is stationed at Camp Pendleton wrote another check to pay his rent for the month.

"He's not only fighting for us, but he's fighting for her and she goes and commits this crime where he's the victim. I think that's a travesty," Wyatt said.